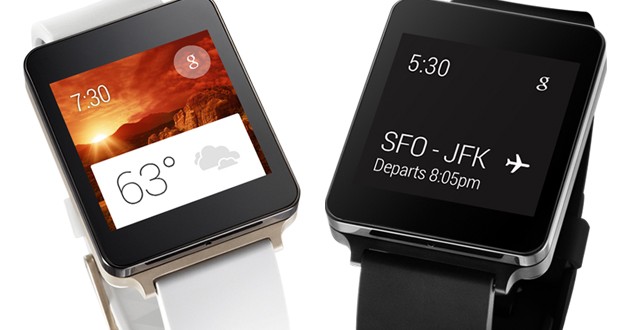 Best Buy has started offering a $50 discount for the LG G Watch just a few days ahead of the IFA Trade Show. The discount applies to both the Titan Black and White Gold variants, which now only cost $179 each, down from the regular price of $229. While the G Watch certainly did pretty well in terms of sales, it looks like LG is now looking forward to the future and is launching a brand new smartwatch in just a few days. Luckily, the Best Buy discount might boost the sales of G Watches just a bit before the device is eclipsed by the upcoming LG G Watch R. This Android Wear smartwatch is expected to feature a circular design similar to that of the Moto 360.

Well, actually Motorola’s wearable is not completely round as it features a small cutout at the bottom of the screen. But speaking of the Moto 360, we can expect the device to finally launch in a few days during the IFA Trade Show, just like the LG G Watch R. The two wearables will likely enter direct competition right off the bat seeing as how there are few round smartwatches currently on the market (for some odd reason). The Moto 360 will come equipped with a 1.5-inch LCD display with 320 x 290 resolution, which is a tad bigger that the P-OLED 1.3-inch screen found on the LG G Watch R. However, the latter comes with a 320 x 320 resolution thanks to its completely round design. This shouldn’t make much of a difference in the long run, but I suspect that it may appeal to more consumers.

Aside from the LG G Watch R, the Korean tech giant is also expected to launch the LG G3 Stylus at the IFA Trade Show. This is an alternative to the Samsung Galaxy Note 4 phablet, which comes with lower specs but a cheaper price tag.

I’m Load The Game’s co-founder and community manager, and whenever I’m not answering questions on social media platforms, I spend my time digging up the latest news and rumors and writing them up. That’s not to say I’m all work and no fun, not at all. If my spare time allows it, I like to engage in some good old fashioned online carnage. If it’s an MMO with swords and lots of PvP, I’m most likely in it. Oh, and if you’re looking to pick a fight in Tekken or Mortal Kombat, I’ll be more than happy to assist! Connect with me by email markjudge (@) loadthegame.com only
@@MarkJudgeLTG
Previous Microsoft, Amazon and Samsung rumored to be interested in Cyanogen
Next Capcom confirmed Resident Evil Revelations 2