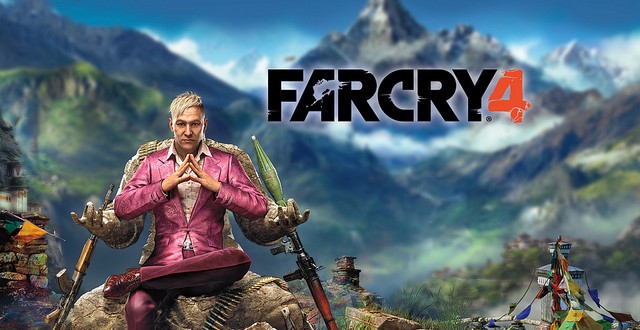 Lately it seems that most developers are in a hurry to switch to the next generation of consoles and start developing only for the PS4 and/or the Xbox One. Cross-gen titles are still a thing, but not for much longer according to Ubisoft who said last month that after 2015 it will be hard for them to develop for last gen while also hinting that Assassin’s Creed Rogue might be one of their last Xbox 360/PS3 exclusive titles. But it’s still 2014 and the company has one more title coming up and it seems that they really wanted this one to arrive for all platforms. Far Cry 4 is the game in question and it appears that Ubisoft decided from the very start that the game must come out on all systems.

“With the great reception Far Cry 3 received, we knew right from the early stages of Far Cry 4 production that we wanted to offer it on both generations of console,” Game Director Patrik Méthé told GamingBolt. “The truth is, even though the team is very proud of what we achieved on FC3, we also had to make tough decisions toward the end and with the opportunity to come up with an even more ambitious title with FC4, we wanted all of our fans to have the chance to embark on this new adventure, whether they own PS3, Xbox 360, PS4, Xbox One or PC.”

The truth is that a special kind of effort is needed to make a game look great on next gen while also not having it seem miles ahead of the last gen version in terms of graphics. It’s definitely easier to develop for just one generation of consoles, but sometimes you also need to take into consideration the fact that there’s a large number of players still using the other one. I’m glad Ubisoft is doing this with Far Cry 4 even if it may be one of their last cross-gen titles. The game will be released on November 18th for PS3, PS4, Xbox 360, Xbox One and the PC.

I’m Load The Game’s co-founder and community manager, and whenever I’m not answering questions on social media platforms, I spend my time digging up the latest news and rumors and writing them up. That’s not to say I’m all work and no fun, not at all. If my spare time allows it, I like to engage in some good old fashioned online carnage. If it’s an MMO with swords and lots of PvP, I’m most likely in it. Oh, and if you’re looking to pick a fight in Tekken or Mortal Kombat, I’ll be more than happy to assist! Connect with me by email markjudge (@) loadthegame.com only
@@MarkJudgeLTG
Previous Pokemon inspired MMO announced by State of Decay developer Undead Labs
Next The world’s slimmest Android phone is official