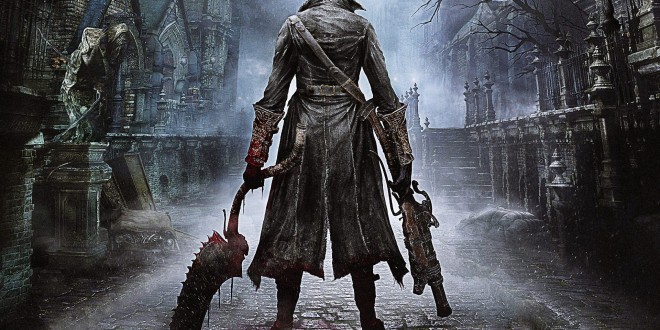 From Software’s Bloodborne gets a release date

The PlayStation 4 exclusive game Bloodborne now has a release date. At Sony’s press conference before Tokyo Game Show, they announced that the game will be released on the 5th of Feburary 2015. This date, however, is only for the japanese release. There is no information on the international release date yet.

Bloodborne is being developed by From Software, in collaboration with Sony. It will be published by Sony’s Japan Studio for the Playstation 4. One of the names behind the game, Hidetaka Miyazaki, was also the director of “Demon’s Souls” and “Dark Souls”. Bloodborne is going to be a role playing action game set in an ancient city called Yharnam, known for hosting a certain remedy. The protagonist is one of the travellers seeking the said remedy, who arrives in the city only to discover that it was overrun by a curse that has turned most of its population violently deranged. Players will have to navigate Yharnam’s streets and defeat insane inhabitants and monsters in order to survive.

From Software is a japanese game developer founded in November 1986. Their portfolio include games such as King’s Filed, Tenchu, Lost Kingdoms, Otogi, Metal Wolf Chaos, Ninja Blade, Demon’s Souls and the two Dark Souls entries. Besides these games, the developer also made Armored Core, which is their biggest franchise. The first game was released in 1997. There are 15 “Armored Core” games today, out of which five are numbered (Armored Core V came out in 2012, followed by Armored Core: Verdict Day in 2013). Originally a PS 1 exclusive, Armored Core games were later released on PS 2, PS 3, and starting 2006, Xbox 360. Some of the games are also out on the PSP and there are four Armored Core games released for mobile phones, but these were not released outside of Japan. Their latest game, Bloodborne will be released early 2015 and will feature elements similar to their previous games, Dark Souls and Demon’s Souls.

I'm a journalism graduate and an occasional gamer. As a kid I used to own a NES clone called "Terminator 2", which was hugely popular in my country. I like old school games and adventure games but I occasionaly play RPG's and Shooters as well, though I wouldn't call myself an expert at these kinds of games. When I'm not writing or playing games I prefer reading detective or fantasy novels.
Previous Borderlands: The Pre-sequel will feature a Season Pass
Next No Man’s Sky doesn’t give you missions, “you make your own story”