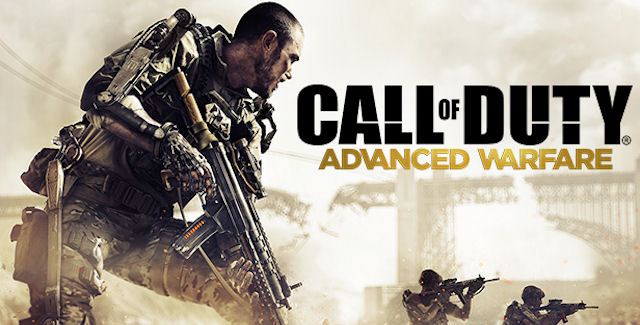 Call of Duty: Advanced Warfare pre-orders are awarded with a Destiny bonus

Activision announced that users who preorder Call of Duty: Advanced Warfare will receive a special bonus tied to Bungie’s Destiny. By preordering the next Call of Duty installment from GameStop United States before September 21, you will receive the level 20 “Legendary Blacksmith Armor Shader”.

According to Activision, the bonus armor will apply shades of gun metal gray, bullet brass yellow and metallic yellow to your character. In order to receive your bonus, you will need to redeem a Destiny code either through e-mail (for digital pre-orders) or directly from the store.

Call of Duty: Advanced Warfare is part of the new Day Zero program. This means that, the moment you preorder the game, you are guaranteed that you will be allowed to play it starting one day before the release date. Advanced Warfare is the first game to be created in the new three-year development cycle announced by Activision. The game is also the first one in the series to feature a futuristic setting and the first one to not be released on a Nintendo platform since Modern Warfare 2. Call of Duty: Advanced Warfare is being developed by Sledgehammer Games and published by Activision. It will be released in November 4, 2014 for the Playstation 3, Playstation 4, Xbox One, Xbox 360 and PC.

Call of Duty Advanced Warfare is set in 2054, when a terrorist organization, the KVA, initiates the first global terrorist attack in history. They simultaneously destroy the nuclear reactions of developed countries, including the United States. This results in many governments’s infrastructures being devastated and thus they being incapacitated from fighting back against KVA. As a result, PMC’s (Private Military Corporations) become the dominant armed forces for countless nations. Players will control Jack Mitchell, voiced by Troy Baker, a former U.S. Marine who lost his left arm during a battle in Korea. He joins Atlas, the world’s most powerful private military company. Another character, Jonathan Irons, voiced by Kevin Spacey, is the CEO of Atlas, fights a war against America’s ineffectiveness as the promoter of democracy.

I'm a journalism graduate and an occasional gamer. As a kid I used to own a NES clone called "Terminator 2", which was hugely popular in my country. I like old school games and adventure games but I occasionaly play RPG's and Shooters as well, though I wouldn't call myself an expert at these kinds of games. When I'm not writing or playing games I prefer reading detective or fantasy novels.
Previous Sapphire display might only be available for the 64 GB iPhone 6
Next Wildstar will soon get Megaservers, free realm transfers now available