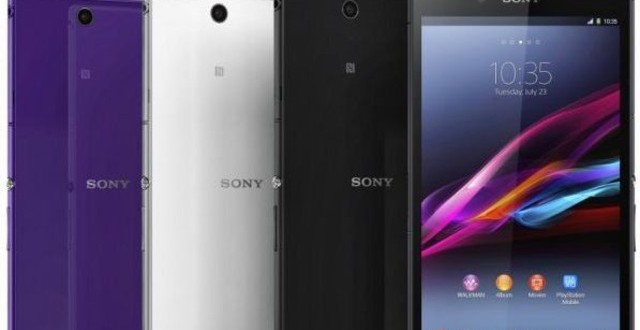 We expect the Sony Xperia Z3 to be fully unveiled tomorrow during the IFA Trade Show, but it looks like most of the details have already been revealed today. Granted, we’re talking about a leak so it’s not official yet, but the information provided seems to coincide with everything we’ve heard about the device so far. Moreover, the leaked spec list also offers us some new details such as the fact that the Sony Xperia Z3 will have a Copper variant, aside from the traditional White and Black. We also learned that Sony has equipped the handset with its advanced Digital Enhancement Sound Engine (DSEE HX) and its Triluminous Display technology.

But the camera might just be the most interesting part of the upcoming smartphone as it uses a 1/2.3″ 20 MP resolution Exmor RS sensor and can boost the photo ISO to 12.800, which is two times as much as the camera found on its predecessor. The Sony Xperia Z3 is also capable of 4K video capture and output, and 3.200 video ISO. Camera aside, this device also manages to impress thanks to its performance and measurements. The Z3 only weighs 154 grams and measures 146.5 mm x 72.4 mm, with a thickness of just 7.5 mm. By comparison, the Z2 comes in at 8.2 mm thickness, measures 146.8 mm x 73.3 mm and weighs 163 grams. The display hasn’t seen much of an improvement in terms of size and resolution so we should expect a 5.2-inch 1080p screen yet again.

Under the hood we can find a Qualcomm Snapdragon 801 quad-core processor clocked at 2.5 GHz, 3 GB of RAM, 16 GB internal storage memory with microSD card support and 3,100 mAh battery. Interestingly enough, the Sony Xperia Z3’s battery is a bit smaller than its predecessors, but Sony included some improvements that should allow it to last for up to 2 days before you need to reach for the charger. As mentioned, the handset will only be officially revealed tomorrow so take this with a grain of salt until Sony makes the big announcement. 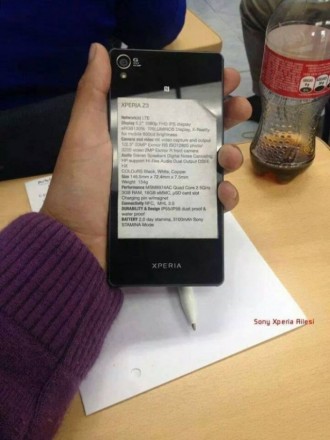 I’m Load The Game’s co-founder and community manager, and whenever I’m not answering questions on social media platforms, I spend my time digging up the latest news and rumors and writing them up. That’s not to say I’m all work and no fun, not at all. If my spare time allows it, I like to engage in some good old fashioned online carnage. If it’s an MMO with swords and lots of PvP, I’m most likely in it. Oh, and if you’re looking to pick a fight in Tekken or Mortal Kombat, I’ll be more than happy to assist! Connect with me by email markjudge (@) loadthegame.com only
@@MarkJudgeLTG
Previous Indie RPG Runers was released on Steam today
Next Elgato to launch HomeKit with full iOS 8 integration