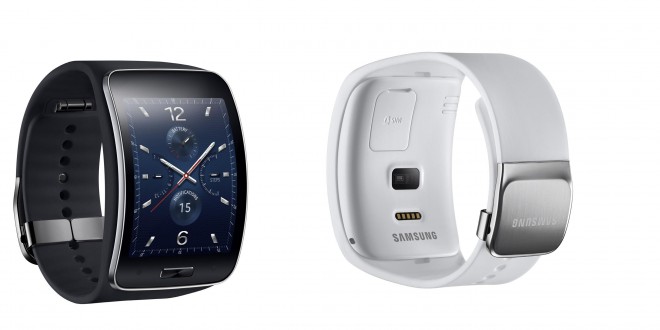 Smartwatches have definitely come a long way since they first appeared on the market, and Samsung has realized that the Gear S should cater to fashion conscious tech geeks as well as just tech geeks with the new Swarovski version of the Galaxy Gear S.

The Gear S is a stand-alone smartwatch which does not need to be linked to a smartphone in order to have connectivity. It can do it all on its own, being able to place and answer calls, send and receive texts and access the internet without having to pull its resources from another device. Seeing that the wristwatch can be used as is without any other accessories, Samsung thought that they should release a version of the smartwatch for those who actually think of wristwatches as jewelry.

Following this realization, the company will soon make a Swarovski-dripping Gear S available to the public. The Swarovski encrusted S Strap will be an accessory to the smartwatch one might want to purchase so they can wear the Gear S to a gala without looking out of place. The strap uses Swarovski’s new Crystal Fine Mesh, which is supposedly the cut that top brands use in their products. With Crystal Fine Mesh, Swarovski is able to embed crystals directly into a metal mesh of chatons that can then be placed on a pliable material so that it can make it look glam.

The S Strap with Swarovski crystal will be available from October in Samsung stores, but we don’t know how much it will cost, although we suspect “a lot”.  It will be a limited edition strap, so if you’re truly keen on decorating your newly acquired Gear S, you should be prepared to run to the store when the strap launches.

Samsung has used Swarovski a few times before, such as for the Galaxy S5’s cover. If you think about it, having a Swarovski covered rear on your S5 is kind of worth it rather than having the original punctured design of the flagship. Not that other covers aren’t available for the S5, but Swarovski crystals can add a little extra to your daily public appearances. We don’t know whether you’re interested in investing in a jewel-gadget, but if you are, the S Strap will be your favorite Gear S accessory.

My life-long dream has been to test out every gadget on the market! Considering the fact that I've rapidly destroyed almost every gadget I've had so far, I'm not inclined to owning something, so my ideal outcome would be to have a different gadget each month. I'm really into smartphones, wearables and tablets and I love Playstation and Xbox, I'm sure I'll beat you at your own game (after a month of training... or two)
Previous Sony SmartWatch 3, SmartBand Talk and Xperia E3 leaked ahead of IFA
Next Mighty No. 9 Beta has started

Round smart watch from Samsung release date set for MWC 2015

A round smart watch from Samsung might be in the works from the South Korean company ...