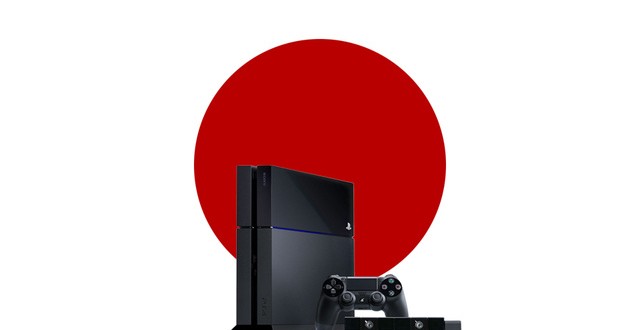 The new generation consoles seem to be selling like hot cakes, with Sony already managing to sell 10 million PS4 units and Microsoft rumored to have sold more than 5 million Xbox Ones to date. Console wars aside, things are going pretty good considering that the new consoles only launched less than a year ago. However, all of this doesn’t apply too much to the Japanese market, which seems to be lagging behind the US and EU ones. But this is about to change soon because  Sony wants to bring some momentum to the PS4’s land of origin. Their approach? Sony plans on working “bold” and “speedy” while also bringing lots of new titles to Japan. Sounds like a great plan to me.

“Now the game console market in Japan is behind the US or EU markets in many ways,” said SCE Japan President Atsushi Morita during a press conference held in Tokyo. “I am aware that I am not perfect as SCEJA President, but we are united as SCEJA trying to really bring the momentum on to the gaming industry here in Japan. We will be listening to your feedback, and we will be bold and we will be speedy in challenging different ideas. I hope that you will keep supporting us.” SCE Worldwide Studios President Shuhei Yoshida also added that “From Worldwide Studios in the future we will be committed to release many PS4 titles using PS4′s high performance and new features.”

Sony may be trying to bring momentum to the Japanese market soon, but they’re not the only ones. Microsoft is bringing the Xbox One to Japan earlier than anticipated and should now arrive in a matter of days. Word on the street is that a lot of major Japanese developers are eager to see the console in their county and are supporting the Redmond-based company with exclusive titles. Some of these devs include big names such as Sega, Bandai Namco, Capcom, Square Enix and Platinum Games among others. As strange as it may sound, Sony might end up having a harder time competing with Microsoft in their own back yard than in the US or EU.

I’m Load The Game’s co-founder and community manager, and whenever I’m not answering questions on social media platforms, I spend my time digging up the latest news and rumors and writing them up. That’s not to say I’m all work and no fun, not at all. If my spare time allows it, I like to engage in some good old fashioned online carnage. If it’s an MMO with swords and lots of PvP, I’m most likely in it. Oh, and if you’re looking to pick a fight in Tekken or Mortal Kombat, I’ll be more than happy to assist! Connect with me by email markjudge (@) loadthegame.com only
@@MarkJudgeLTG
Previous Android One and co. to be released on September 15
Next Do we need wearables in the workplace?