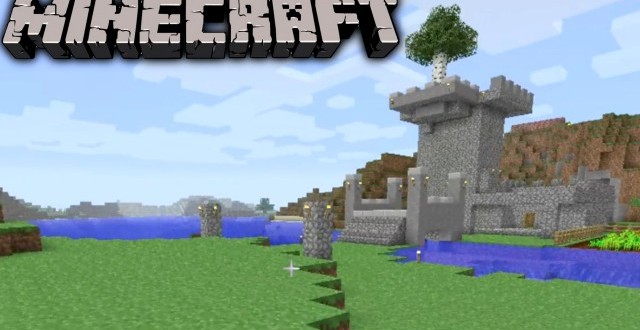 Minecraft has been given a release date for the Xbox One

Microsoft seems to have finished testing Minecraft on the Xbox One because they announced today that the game is ready to launch this Friday, September 5th. A recent post on Xbox Wire reveals that new players can purchase the game for $20 while those who already own Minecraft: Xbox 360 Edition can get it at a substantial discount. Veteran players will be happy to know that they will only have to fork out 5 bucks in order to receive access to the Xbox One Edition. However, to be eligible one “must own the retail disc or digital version of Minecraft: Xbox 360 Edition and connect to Xbox Live with their account,” says Microsoft.

Moreover, if you already own the game on Xbox 360 and have purchased any downloadable content, you will be able to re-download this content free of charge on the Xbox One. Players can also transfer their worlds from one edition to the other as to not lose any progress. But it’s not a problem if you don’t want to do that because Microsoft says that Minecraft: Xbox One Edition features worlds up to 36 times bigger than on the Xbox 360 so you can just begin from scratch and build bigger and better than ever before. The company also tells us that Minecraft can support four-play split screen for co-op and up to eight players on Xbox Live. Keep in mind that all players who want to join the party of eight must have an Xbox Live Gold membership.

If you’re thinking about picking up Minecraft for the Xbox One know that it will become available on the Xbox Store on Friday, but will only arrive at retail later this month. In any case, these are pretty exciting times for the game so it’s definitely worth checking out. Microsoft announced last month that it has made a deal with BBC Worldwide in order to bring Doctor Who to the world of Minecraft. This partnership already resulted in the release of a skin pack containing some of the most recognizable characters from the popular TV show and several more are scheduled to arrive at a later time. The skin pack was only made available for the Xbox 360 Edition of Minecraft, but we assume that it will also come to the Xbox One after the game launches.

We’re still waiting for news regarding the PS4 version of Minecraft, but word on the street is that it will release very soon as well. We’ll make sure to keep you up to date with any further info so stay tuned.

I’m Load The Game’s co-founder and community manager, and whenever I’m not answering questions on social media platforms, I spend my time digging up the latest news and rumors and writing them up. That’s not to say I’m all work and no fun, not at all. If my spare time allows it, I like to engage in some good old fashioned online carnage. If it’s an MMO with swords and lots of PvP, I’m most likely in it. Oh, and if you’re looking to pick a fight in Tekken or Mortal Kombat, I’ll be more than happy to assist! Connect with me by email markjudge (@) loadthegame.com only
@@MarkJudgeLTG
Previous Microsoft is confident in the Xbox One’s chances on the Japanese market
Next Nexus 5 said to receive a 64GB model soon, expected to launch alongside the Nexus X