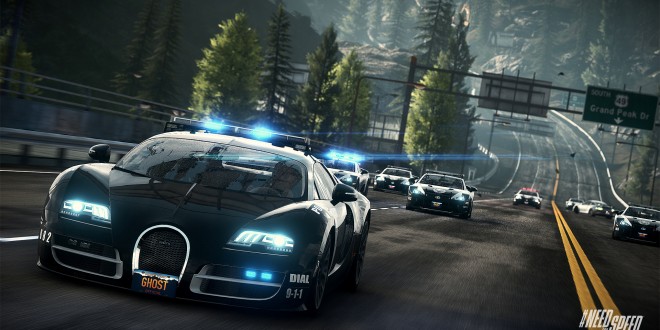 EA Access will soon include Need for Speed Rivals

Publisher Electronic Arts has revealed that its recently-released EA Access program – available exclusively on the Xbox One – will not only roll out for 19 additionally countries, but it will also include its latest entry in the Need for Speed franchise – Need for Speed Rivals.

Although a specific date has yet to be revealed, the following countries will soon have access to said initiative: Brazil, Sweden, Norway, Finland, Denmark, Netherlands, Belgium, Switzerland, Chile, Colombia, Portugal, Turkey, South Africa, UAE, Czech Republic, Poland, Hungary, Slovakia, and Greece. Need for Speed Rivals joins ‘The Vault’ alongside Battlefield 4, FIFA 14, Peggle 2, and Madden NFL 25. ‘The Vault’ gives players access whenever they want to said titles, as long as they have an active subscription.

Need for Speed Rivals features gameplay somewhat similar to the earlier Hot Pursuit games, with exotic cars and high-speed police chases. Players take on the role of a racer or a cop, with each side of the law offering its own set of challenges, risks and rewards. Rivals features eleven upgradeable gadgets, such as EMPs, shockwaves, and the ability to call in roadblocks. The game takes place in a fictional location known as Redview County. It’s an open world that includes over 100 miles (160 km) of open road, being even larger than that of 2012’s Most Wanted, but on the same size as Criterion’s Hot Pursuit. The open world features a similar set-up to Most Wanted, with several jumps, speed-traps, and unlockable cars, as well as shortcuts that are not shown on the map.

In addition to the above announcements, EA has also detailed its plans for the upcoming trials. The first two games to benefit from this are FIFA 15 and NHL 15, both of which are going live this month. All EA Access subscribers will get six hours of play-time, in addition to gaining access to the full games five days before their official release.

A concrete date for FIFA 15 hasn’t been revealed yet, but we do know that NHL 15’s trail will be available starting this Thursday. If you decide to purchase either of them, your progress and achievements will be carried over to the full games, in addition to saving 10% thanks to your membership.

I’m Load The Game’s co-founder and community manager, and whenever I’m not answering questions on social media platforms, I spend my time digging up the latest news and rumors and writing them up. That’s not to say I’m all work and no fun, not at all. If my spare time allows it, I like to engage in some good old fashioned online carnage. If it’s an MMO with swords and lots of PvP, I’m most likely in it. Oh, and if you’re looking to pick a fight in Tekken or Mortal Kombat, I’ll be more than happy to assist! Connect with me by email markjudge (@) loadthegame.com only
@@MarkJudgeLTG
Previous The Golf Club is now available on the PlayStation 4 in Europe
Next Xbox One’s Call of Duty: Advanced Warfare Limited Edition Detailed 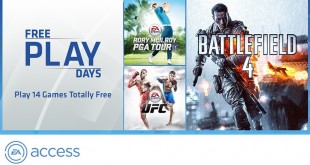 Xbox Live Gold members get to try EA Access for a week, with more than 10 free games

From January 19 to January 24, Xbox One owners who have an active Xbox Live Gold ...