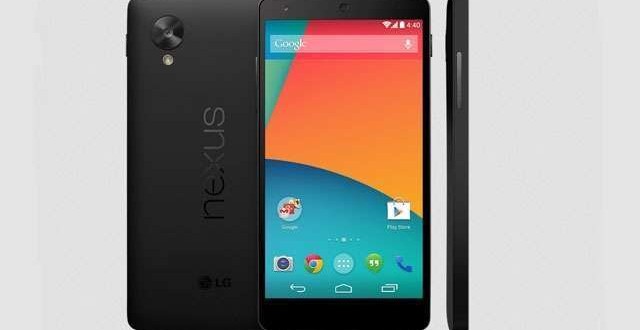 Nexus 5 said to receive a 64GB model soon, expected to launch alongside the Nexus X

The LG Nexus 5 may have been released almost a year ago, but it’s still one of the most popular smartphones around. In order to keep it relevant for a while longer, LG is said to launch a 64GB version of the device very soon. Nowadays many of us are looking for more and more storage memory so this is just what we need seeing as how the phone currently only comes in 16GB and 32GB variants with no microSD card support. According to TKTechNews, the 64GB Nexus 5 will launch alongside the Motorola Nexus X and will remain an affordable device, just like the other two variants. We don’t know anything specific about the new model’s price, but it will presumably cost less than the Nexus X, which is said to come in at around $350-400.

A lot of people assumed that Google would be completely replacing the Nexus 5 with something better, but this seems like a pretty good decision as well. Keeping the Nexus 5 around means that it will continue to be a great alternative over any mid-range device thanks to its good specs and low price point. Moreover, a 64GB model can better compete with the high-end smartphones that only offer this kind of storage via microSD card. To put things into perspective, not even popular flagships like the LG G3, Samsung Galaxy S5 or HTC One M8 can offer 64GB storage right of the bat. Granted, they can all go up to 128GB with the use of a microSD card, but you’ll have to buy a card and that costs some more money.

Google is said to offer the 64GB Nexus 5 for less than $350-400, which means that it will be cheaper than before so it’s definitely worth taking into consideration. That being said, there’s also something new on the horizon in the form of the Nexus X, previously known as the Nexus 6. This device is said to be a considerable improvement over the Nexus 5, but will also cost a bit more. The Motorola Nexus X is rumored to come equipped with a 2560 x 1440 5.2-inch display, Qualcomm Snapdragon 805 quad-core processor @ 2.7 GHz, 3 GB of RAM, 13MP primary camera and Android L operating system. We’ll find out just how much of this is true when Google decides to officially announce the Nexus 5 successor.

Most sources believe that we shouldn’t expect to hear an announcement during the IFA Trade Show and that Google is likely to reveal the device around Halloween instead.

I’m Load The Game’s co-founder and community manager, and whenever I’m not answering questions on social media platforms, I spend my time digging up the latest news and rumors and writing them up. That’s not to say I’m all work and no fun, not at all. If my spare time allows it, I like to engage in some good old fashioned online carnage. If it’s an MMO with swords and lots of PvP, I’m most likely in it. Oh, and if you’re looking to pick a fight in Tekken or Mortal Kombat, I’ll be more than happy to assist! Connect with me by email markjudge (@) loadthegame.com only
@@MarkJudgeLTG
Previous Minecraft has been given a release date for the Xbox One
Next Bayonetta 2 Direct revealed for Thursday