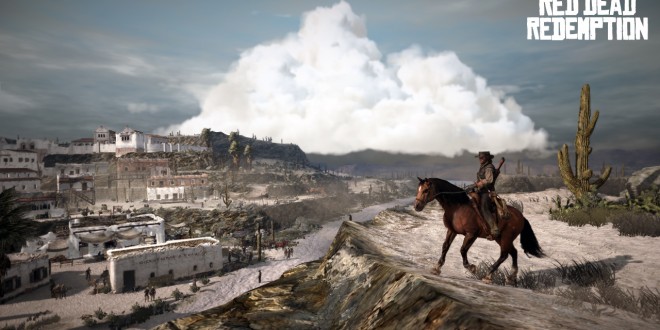 Whoever knows me and my gaming tastes is well-aware of the fact that developer Rockstar San Diego’s Red Dead Redemption is my all-time favorite game. It features an incredible living world, tons of things to see and shoot, and above all else, Red Dead Redemption features an amazing cast – being obviously topped by its sarcastic cowboy with a heart of gold, John Marston – and a heart-wrenching story of… well, the redemption of an outlaw who just wants to live peacefully alongside his family.

Red Dead Redemption has shipped more than 13 million copies to date, being one of ten Take-Two franchises that has sold-in more than five million copies during its lifetime. The game was absolutely adored by critics and fans alike, holding an amazing 95 score on Metacritic. Because of this, the question on everyone’s mind still is – “When will we see a new entry in the series?” Well, if Rockstar San Diego’s latest hiring-spree is anything to go by, we can safely assume that a “Red Dead 3” is at least in development. Of course, the job listings are incredibly general, so there aren’t any details clearly pointing to another Wild West-themed open-world game.

More than that, a recent quote from Rockstar Games – being part of a “shareholder outreach” document filed this week with the United States Securities & Exchange Commission – is certainly encouraging for fans of the franchise. The publisher has stated that Red Dead Redemption “rejuvenated the Western entertainment genre”, obviously noting that said series is a crucial part of the Wild West genre. I – personally – would even go as far as to say that Red Dead Redemption is the best Wild West-themed game out there. Ironically, its prequel – Red Dead Revolver – doesn’t hold a candle to it; different times, I guess.

Take-Two CEO Strauss Zelnick had previously described the Red Dead franchise as a “permanent” one, comparing it to the likes of James Bond and its other mammoth of the gaming industry – Grand Theft Auto. In any case, if you own a PlayStation 3 or Xbox 360, you certainly owe it to yourself to experience this genre-defining title. Now, besides the above question related to the game’s existence, there would be another one – “Will ‘Red Dead 3’ also be released on the PC, besides the obvious PS4 and XB1?” We’ll just have to wait and see.

I’m Load The Game’s co-founder and community manager, and whenever I’m not answering questions on social media platforms, I spend my time digging up the latest news and rumors and writing them up. That’s not to say I’m all work and no fun, not at all. If my spare time allows it, I like to engage in some good old fashioned online carnage. If it’s an MMO with swords and lots of PvP, I’m most likely in it. Oh, and if you’re looking to pick a fight in Tekken or Mortal Kombat, I’ll be more than happy to assist! Connect with me by email markjudge (@) loadthegame.com only
@@MarkJudgeLTG
Previous Meizu MX4 vs. Xiaomi Mi4 – which is better?
Next Meizu MX4 vs. Galaxy S5: beauty or the beast?