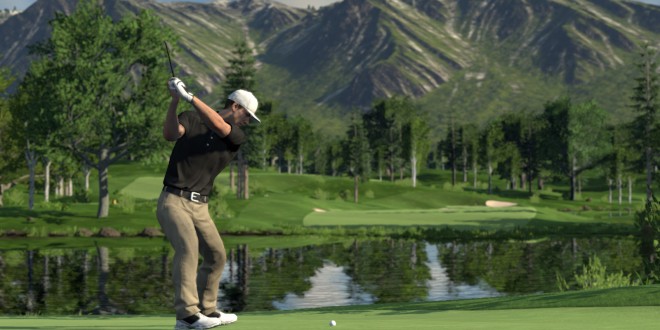 Canadian-based developer HB Studios has just announced that its recently-released golf simulator title – The Golf Club – is now available for purchasing on Sony’s PlayStation 4, in Europe. The Golf Club was previously accessible only on Microsoft’s Xbox One and PC Windows – via Xbox Live and Steam, respectively – but starting today, it can also be bought through the PlayStation Network.

What’s unique about The Golf Club is the fact that it’s both a golf simulator and a course designer. Because of this, the game offers a unique and engaging gameplay experience, in addition to allowing players to generate custom courses and holes with unmatched precision. “We’re excited to be able to roll out the PS4 version in Europe for The Golf Club,” said Anthony Kyne, producer at HB Studios. “The reaction to the game has been fantastic so far and a real credit to the team who has worked hard to deliver the ultimate golf experience on next gen console.” In addition to solo-play, The Golf Club also allows customers to duke it out against friends’ and rivals’ best rounds in turn-based/asynchronous multiplayer modes, all enhanced by cloud-based technology. The game supports tours and tournaments, stroke play, match play, and four-ball.

Speaking of generating custom courses, The Golf Club’s Greg Norman Course Designer allows players to share their creations with everyone else. Having said that, customers shouldn’t be intimidated by the generous editing tools featured in the game, as one map can be created in a matter of seconds by simply choosing from a selection of themes, terrain features, and number of holes. Of course, veterans are also presented with a full suite of editing tools, which include options like changing the time of day, or even placing hazards and objects, in order to create the ultimate course challenge. The Golf Club allows you to easily discover new courses built by friends by filtering them through rank and difficulty. The game also allows you to interact with the community via the Messenger Center.

I’m Load The Game’s co-founder and community manager, and whenever I’m not answering questions on social media platforms, I spend my time digging up the latest news and rumors and writing them up. That’s not to say I’m all work and no fun, not at all. If my spare time allows it, I like to engage in some good old fashioned online carnage. If it’s an MMO with swords and lots of PvP, I’m most likely in it. Oh, and if you’re looking to pick a fight in Tekken or Mortal Kombat, I’ll be more than happy to assist! Connect with me by email markjudge (@) loadthegame.com only
@@MarkJudgeLTG
Previous Left 4 Dead 2 – Uncensored in Australia
Next EA Access will soon include Need for Speed Rivals 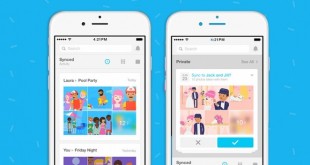 Android Lollipop rolling out now to the Samsung Galaxy S5

Although Android Lollipop is still nowhere to be seen on the HTC One M8 Google Play Edition, ...