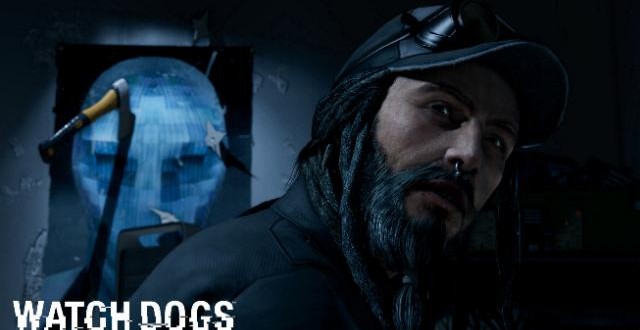 Ready to jump into Watch Dogs again and hack your way across Chicago for old times sake? If the answer is yes, then know that you will soon be able to do so as a different hacker in the upcoming Bad Blood DLC. The downloadable content releases on September 30th and lets you play as the notorious T-Bone Grady. This character is widely known as being one of the most experienced hackers in the Watch Dogs universe who rivals even Aiden Pierce himself in terms of skill. The DLC adds new guns, perks and weapons to the game as well as a decked-out remote controlled car called Eugene, which was build by T-Bone Grady himself.

“In this all new story campaign, you’ll be able to play as him for the first time, Ubisoft said in a blog post announcing the new Watch Dogs DLC. “T-Bone will be picking up the story right where Aiden Pearce left it. Before he can disappear from the grid, the hacker, also known as Raymond Kenney, has a few loose ends to tie-up. One of them involves Tobias Frewer. T-Bone will end up putting his own escape at risk to help him out, and he’s maybe biting a bit more than he can chew.” Ubisoft also says that players who purchase the Bad Blood DLC will receive access to some new side-missions that can be played in single player as well as in co-op.

Also, if you own a Watch Dogs Season Pass you will be able to enjoy the new content starting with September 23th, a week prior to everyone else. Stay tuned for more news and check out the Bad Blood DLC trailer below.

I’m Load The Game’s co-founder and community manager, and whenever I’m not answering questions on social media platforms, I spend my time digging up the latest news and rumors and writing them up. That’s not to say I’m all work and no fun, not at all. If my spare time allows it, I like to engage in some good old fashioned online carnage. If it’s an MMO with swords and lots of PvP, I’m most likely in it. Oh, and if you’re looking to pick a fight in Tekken or Mortal Kombat, I’ll be more than happy to assist! Connect with me by email markjudge (@) loadthegame.com only
@@MarkJudgeLTG
Previous Sony announces Remote Play for their new Z3 devices
Next Left 4 Dead 2 – Uncensored in Australia