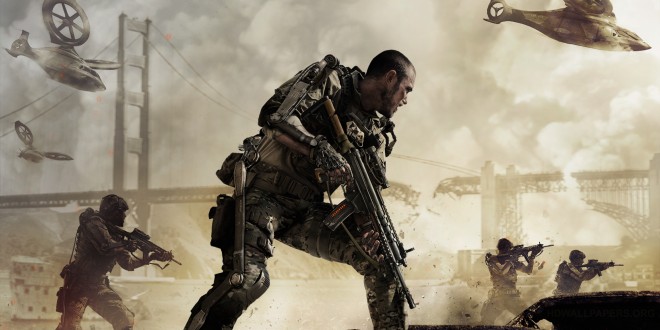 Back at E3 earlier this year, Activision and Microsoft had announced a Call of Duty: Advanced Warfare-themed limited edition Xbox One console. The details were pretty scarce, but we did find out that the XB1 will be custom-made – hence all those decals mimicking Advanced Warfare’s orange-like theme – and the fact that the actual game would come packed as the Day Zero Edition.

Now, Activision has released a new feature video, which further details the Xbox One’s custom design. As noted in the recent footage, the entire bundle is being referred to as ‘Project Anvil’. The team has been focusing on creating a look and aesthetic that would mimic Advanced Warfare’s theme – not only visually – but also in its sounds, which coincide with the exoskeletons and the hum of the hover-copters from in-game.

As mentioned in previous posts, Advanced Warfare’s Day Zero Edition will allow fans to enjoy the game one day earlier than the official release date, and will also come packed with bonus in-game content, like an AK-12 G Assault Rifle and a Crossbow BO2.

Advanced Warfare represents the eleventh primary installment in the Call of Duty series, and the first one developed primarily by Sledgehammer Games, after Neversoft was merged into Infinity Ward in May 3rd, 2014 and was officially made defunct on July 10th, 2014. In 2054, a terrorist organization known as the KVA initiates the first global terrorist attack in history by simultaneously destroying the nuclear reactors of developed countries around the globe, including the United States. As the result, Private Military Corporations (PMCs) have become the dominant armed forces for countless nations, and represent the first line of defense against this new enemy. You play as Jack Mitchell (voiced by Troy Baker) – a former U.S. marine who has joined one such PMC – called Atlas – who takes on different kinds of assignments across the globe from the company’s CEO – Jonathan Irons (voiced by Kevin Spacey) – as he begins his war as the promoter of democracy all over the world to change the global balance of power.

Call of Duty: Advanced Warfare launches on November 4th, on the Xbox One, PlayStation 4, Xbox 360, PlayStation 3, and PC.

I’m Load The Game’s co-founder and community manager, and whenever I’m not answering questions on social media platforms, I spend my time digging up the latest news and rumors and writing them up. That’s not to say I’m all work and no fun, not at all. If my spare time allows it, I like to engage in some good old fashioned online carnage. If it’s an MMO with swords and lots of PvP, I’m most likely in it. Oh, and if you’re looking to pick a fight in Tekken or Mortal Kombat, I’ll be more than happy to assist! Connect with me by email markjudge (@) loadthegame.com only
@@MarkJudgeLTG
Previous EA Access will soon include Need for Speed Rivals
Next The Elder Scrolls Online preparing for console launch admits layoffs