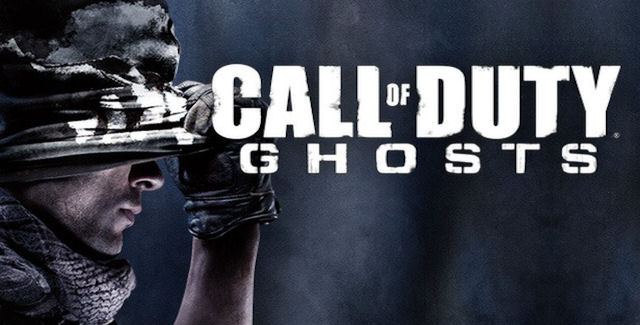 Activision announced that the fourth and final DLC for Call of Duty: Ghosts, called “Nemesis” is out now. At the time of writing, the DLC is available for Xbox Live, PSN and PC. For more details on the DLC, watch the trailer below:

“Nemesis” is one of the four parts of the Extinction saga Call of Duty DLC. According to the developer, this is the biggest DLC episode yet, allowing players to take on nearly every Cryptid species from previous episodes. New characters, the Ancestors, are introduced. They are powerful enemies, who can use mind control and psionic attacks. Nemesis includes four Multiplayer maps as well: Goldrush, Subzero, Dynasty and Showtime, the latter being a reimagined version of the Shipment map from Call of Duty: Modern Warfare. The DLC’s are available to buy individually or through a Season Pass which costs $49.99.

Call of Duty: Ghosts was released in November 5th 2013 (PC, WiiU, Xbox 360), November 15th 2013 (Playstation 4) and November 22nd 2013 (Xbox One). The game has several DLC’s. The first one, Onslaught, was released in January/February 2014. It brought four new multiplayer maps and weapons and the first part of the Extinction episodic campaign. Devastation, the second DLC, came out in April/May 2014. It also brought four new multiplayer maps, a special weapon and the second part of the Extinction campaign. Invasion came out in June 2014 and, again, brought new maps and weapons and the third part of Extinction. Now, in September 2014, the final DLC was released, concluding the Extinction story and leaving players prepared for the next big entry in the series. I’m talking about “Call of Duty: Advanced Warfare”, which will be released on November 7, 2014, for PC, Playstation 3, PS 4, Xbox 360 and Xbox One. This will be the first game to enter Activision’s three years development cycle. It is being developed by Sledgehammer Games, who also co-developed “Call of Duty Modern Warfare 3” with Infinity Ward. The latter is also the developer of “Ghosts”. The third company making Call of Duty games is Treyarch, known for the Black Ops series.

I'm a journalism graduate and an occasional gamer. As a kid I used to own a NES clone called "Terminator 2", which was hugely popular in my country. I like old school games and adventure games but I occasionaly play RPG's and Shooters as well, though I wouldn't call myself an expert at these kinds of games. When I'm not writing or playing games I prefer reading detective or fantasy novels.
Previous Android Wear 2.0 to arrive on October 15
Next Apple to introduce everything on September 9