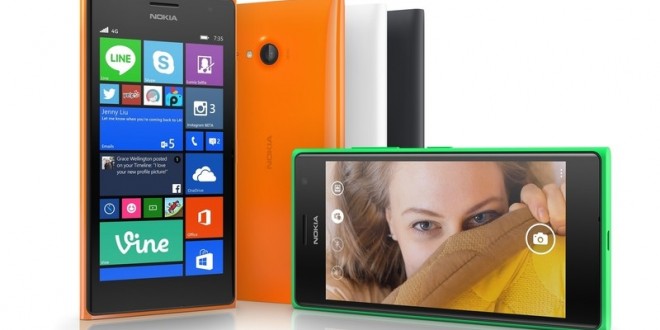 Just like Samsung and Sony before it, Nokia also went on stage at the IFA Trade Show and presented its latest gadgets. One of these was the Lumia 830 flagship smartphone, a device that offers an excellent bang for your buck. While this handset doesn’t particularly stand out in terms of design, it is one of the thinnest and lightest phones ever developed by the company. Aside from that though, the Lumia 830 looks very similar to many other smartphones from the Lumia series. Thankfully, the camera is a bit more special and indeed seems to be the main selling point for this affordable device. The Lumia 830 features a 10MP PureView shooter with Zeiss Optics and optical image stabilization.

Camera aside, the Lumia 830 also comes with decent enough specs to make it worthy of being taken into consideration for a possible purchase. However, while it’s definitely an upgrade over the Lumia 820 some might argue that N0kia should have tried harder to improve on the previous model. In any case, the Lumia 830 comes equipped with a Qualcomm Snapdragon 400 quad-core processor clocked at 1.2GH, 1 GB of RAM, 16GB of internal storage memory with microSD support and 2,220 battery. The device also features a 5-inch LCD display with 1280 x 720 resolution and runs on Windows Phone 8.1 with the latest Lumia Denim update. Nokia Lumia 830 will be made available later this month in white, black, orange and green. This smartphone will only set you back €330, which is the equivalent of about $430.

Aside from the Lumia 830, Nokia also announced two other handsets called the Lumia 730 and the Lumia 735. These two devices are more or less the same in terms of specs as they both sport a 4.7-inch display with 1280 x 720 resolution, Snapdragon 400 CPU, 1 GB of RAM, 8 GB storage and 2,220 battery. Just like on the Luma 830, the camera is the most interesting part of the Lumia 730 and Lumia 735 as well. Both devices come equipped with a 5MP front-facing wide-angle camera developed specifically to help you with your selfie taking endeavor. The only major difference between the two is that the Lumia 730 features dual-SIM HSPA+ while the Lumia 735 packs single-SIM LTE.  The former will cost about $260 and the latter will be priced at around $290.

I’m Load The Game’s co-founder and community manager, and whenever I’m not answering questions on social media platforms, I spend my time digging up the latest news and rumors and writing them up. That’s not to say I’m all work and no fun, not at all. If my spare time allows it, I like to engage in some good old fashioned online carnage. If it’s an MMO with swords and lots of PvP, I’m most likely in it. Oh, and if you’re looking to pick a fight in Tekken or Mortal Kombat, I’ll be more than happy to assist! Connect with me by email markjudge (@) loadthegame.com only
@@MarkJudgeLTG
Previous Minecraft on PS4 was released today
Next Ryse: Son of Rome PC release date and system requirements revealed