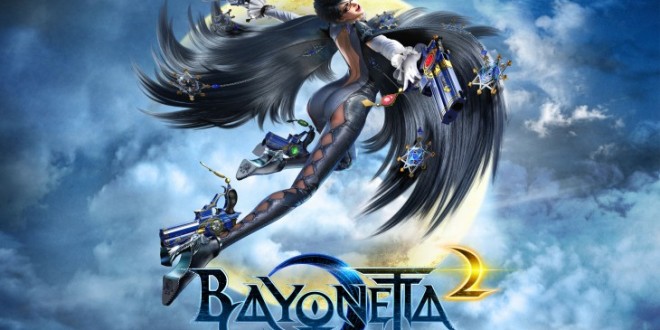 A few days ago, we informed you that Nintendo will be holding a special Bayonetta 2 Direct in the near future – yesterday, to be more precise – in which the game’s developer – Platinum Games – will be further detailing its latest over-the-top hack-and-slash title. Now, after months of waiting, European gamers have finally received a release date – October 24th. Additionally, the developer has also revealed that Bayonetta 2 includes more than just its story-focused campaign and online mode, with the game receiving a single-player challenge mode called the ‘Musphelium’.

Speaking of its two-player online co-op – called ‘Tag Climax’ – Platinum Games have announced that said mode allows you and another friend to face-off against multiple hoards of enemies. The interesting part about ‘Tag Climax’ is that it’s not restricted to its online nature. This mode offers you the chance to gain more ‘Halos’ – which is Bayonetta 2’s currency – and you will be able to spend them in the game’s campaign, faster-unlocking single-player abilities. ‘Tag Climax’ features six stages to fight through, and at the end of each round, you and your friend are presented with your own scores.

Remember the announcement of Nintendo-costumes coming to the original Bayonetta? Well, its sequel also boasts said feature, with the game’s heroine receiving the same three outfits based on Link, Samus, and Princess Peach, in addition to a fourth one based on Star Fox, called Star Mercenary. Finally, European gamers are also offered a special edition for the upcoming Wii U exclusive title (see above image). The ‘First Print Edition’ – as it’s called – features boxed copies of both Bayonetta games, in addition to an art-book entitled ‘Book of Angels’.

Even if the first Bayonetta game was well-received by critics and gamers alike, its developer had confirmed that sales weren’t sufficient to warrant a sequel. Thankfully, Nintendo stepped in and offered to fund and publish the game itself – hence why it’s a Wii U exclusive. Besides Europe, Bayonetta 2 also launches on September 20th in Japan and October 24th in North America.

I’m Load The Game’s co-founder and community manager, and whenever I’m not answering questions on social media platforms, I spend my time digging up the latest news and rumors and writing them up. That’s not to say I’m all work and no fun, not at all. If my spare time allows it, I like to engage in some good old fashioned online carnage. If it’s an MMO with swords and lots of PvP, I’m most likely in it. Oh, and if you’re looking to pick a fight in Tekken or Mortal Kombat, I’ll be more than happy to assist! Connect with me by email markjudge (@) loadthegame.com only
@@MarkJudgeLTG
Previous iPhone 6 camera leak and rumor round-up
Next Assassin’s Creed Rogue receives a new gameplay trailer showcasing the assassin hunter