Breaking News
Home » Tech » HTC is out, but Huawei is in the smartwatch business 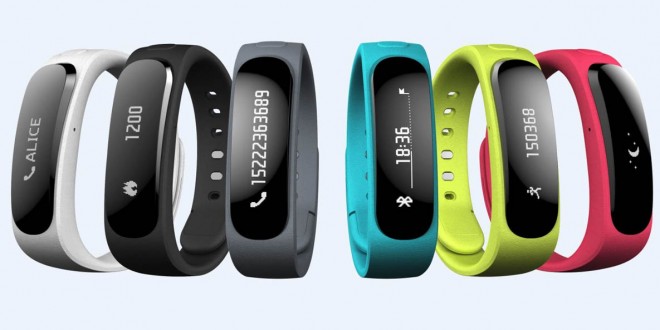 HTC is out, but Huawei is in the smartwatch business

The smartwatch business has flourished during IFA Berlin with launches from various companies and OEMs, but HTC has decided that it wouldn’t be taking part in the smartwatch race. Huawei on the other hand, seems interested in getting in on Android Wear.

Ifa Berlin has brought us smart timepieces like the Moto 360, LG G Watch R, Sony SmartWatch 3, Asus ZenWatch, Sony SmartBand Talk and Samsun’g 3G Galaxy Gear S. Maybe some of you were surprised that HTC didn’t get in on the game of smartwatches, but the company has decided not to do so. Since the market is saturated at the moment with hundreds of smartwatches from the aforementioned companies and many others, HTC might be correct in staying away, because beating all that competition would not be easy.

HTC’s decision was motivated by a delay in them conceptualizing a design and finding a manufacturer, although they had been browsing Snapdragon Mirasol CPU’s for an alleged HTC smartwatch a few weeks ago. In any case, HTC had dropped its plans because manufacturing costs had risen and competition had increased even further than before the company started its wearable project.

Huawei on the other hand, possibly thinks that HTC might be wrong when inferring that there already is a saturated market which leaves little room for newcomers. The company has revealed that they are thinking about developing a smartwatch/smartband hybrid, something that might resemble Sony’s SmartBand Talk, which would be a catchy idea from the company. Since the SmartBand Talk and Galaxy Gear S offer independence from a smartphone, that would be the feature that Huawei should implement in their new project. That same feature should have come across HTC executives’ minds when ditching the project, because if HTC had come out with a 3G enabled, stand-alone, One M8-styled watch, they would’ve broken the market. As in, they would’ve been the stars of the smartwatch market. At least for a time.

In any case, Huawei’s new Ascend Mate 7 phablet is a pretty successful release and if the company banks on the principle the Mate 7 was created by: high specs at an affordable price, their smartwatch/smartband will surely take off. So far, all we know about the timepiece from Huawei is that it promises to be much more beautiful than Samsung’s Galaxy Gear S – according to the company itself. This might mean that Huawei is planning not only a 3G enabled smartwatch, but one with a round watch face like that of the Moto 360, which caught on fast with customers.

Huawei executives have also revealed that their new wearable device will run Android Wear and will be available early in 2015, probably with competitive pricing. Since Huawei’s current smartband model doubles as a Bluetooth headset, we expect the company to launch something as innovative and practical as that, if not better.

My life-long dream has been to test out every gadget on the market! Considering the fact that I've rapidly destroyed almost every gadget I've had so far, I'm not inclined to owning something, so my ideal outcome would be to have a different gadget each month. I'm really into smartphones, wearables and tablets and I love Playstation and Xbox, I'm sure I'll beat you at your own game (after a month of training... or two)
Previous Xperia Z4 already in the works
Next Smart Home of the not so distant future