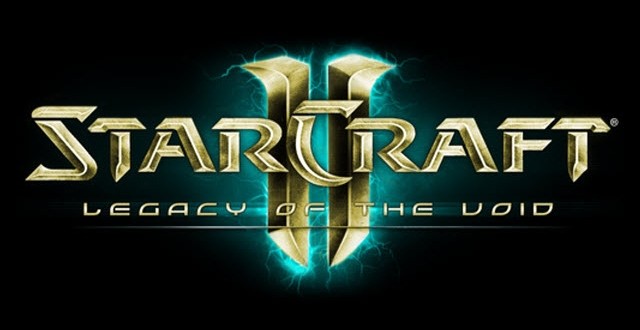 Starcraft 2: Legacy of the Void – Wishes and expectations

I had a startling realization earlier while browsing my old pal Google in the hopes of finding some info on Starcraft 2: Legacy of the Void. The realization was of course that there is no such info, at least nothing solid to go on. I find this to be strange for two reasons. First off, nowadays most highly anticipated games get leaked well ahead of an official announcement, but industry insiders apparently don’t seem very keen on digging around for info on arguably the best real-time strategy title of all time. Secondly, Blizzard has been uncharacteristically active lately with announcements regarding the projects they are currently working on, but they didn’t really mention anything about Starcraft 2: Legacy of the Void this year and it’s already September.

So, given that there is no actual info on the game to be found anywhere I figured that maybe I should browse the forums instead and see if SC2 players are talking about the expansion seeing as how Blizzard isn’t. Sure enough, there are quite a few threads on Battle.net about Starcraft 2: Legacy of the Void, although not nearly as many as I expected. Are people not interested in the game anymore? Perhaps. But I, for one, am definitely interested and eager to get my hands on it so I’m hoping that we at least get to hear something about it this November at Blizzcon. I’m certain the game will not release this year, but some sort of announcement will likely come in the following months.

Starcraft 2: Legacy of the Void has been in development at least since March 2013, with work starting around the same time that Heart of the Swarm was being finished. In August last year Blizzard announced that they already made a lot of progress while in November they said the story was finished, but the campaign still needed some work. Naturally, the game also features a multiplayer component, which is crucial to SC2, but doesn’t take as much time to develop. One might argue that balancing such a complex strategy game actually takes more time and that certainly might be true, however Blizzard doesn’t have to do it alone. The company launched Alpha testing phases for Hearthstone, World of Warcraft: Warlords of Draenor and Heroes of the Storm and that definitely helped speed up the balancing process. I think they will also have an Alpha for Starcraft 2: Legacy of the Void and I suspect they will announce it either at Blizzcon or early next year.

As for a release date for the final build, it’s pretty hard to say, but Dustin Browder did make an interesting statement at one point that hints we might see it sooner than expected. Following the release of Heart of the Swarm, Browder said that “we will certainly do our best to reduce the time between expansions.” So, Wings of Liberty launched on July 27th, 2010 and Heart of the Swarm came out a little more than two and a half years later on March 12th, 2013. Now we’re almost one and a half years later since the HotS release so if the time between expansions was indeed reduced, we should be less than a year away from the Starcraft 2: Legacy of the Void launch. Assuming that Blizzard will have an Alpha test phase, and knowing that the Alpha plus the following Beta testing take quite a number of months, I’d say that an announcement at or close to Blizzcon doesn’t seem that far fetched. But this is just speculation on my part and it’s hard to say for sure so I’ll just leave it at that.

In any case, let’s talk about something even more important, namely what can we expect from Starcraft 2: Legacy of the Void? Blizzard added a number of interesting features in Heart of the Swarm so we can expect them to add a few more in the final installment of the trilogy. We might see some more competitive features in the form of automated tournaments and maybe even clan wars. Also, I’m pretty sure they are working on improving the social aspect of the game, but I don’t know anything specific at the moment. SC2 was build to be a competitive e-Sport so it’s not necessarily meant to be friendly to newcomers, but it will certainly be a lot more popular if it was. A series of fun tutorials would definitely help with that seeing as how the current training lessons are nothing more than boring games against an easy A.I. set at various speeds. Is that helpful to newcomers? I guess. Is it fun? Nope. Laddering is also definitely not fun unless you are actually serious about the game or don’t care much about losing. On the other hand, the campaign is ridiculously fun and we can expect Blizzard to continue the good work in the final installment.

In Starcraft 2: Legacy of the Void we play as the Firstborn, more commonly known as the Protoss. This advanced alien race is the sole reason why I started playing Brood War in the first place and also why I played Starcraft 2. Needless to say, I’m very excited to see how the story develops and I’m equally excited to play as Zeratul throughout the campaign. Our hero will have to unite the various Protoss factions into one unified army in order to stand a chance against the Xel’Naga Amon, also known as the Dark Voice or the Fallen One. With Mengsk dead, Jim Raynor doesn’t have to worry about being hunted down everywhere he goes and might finally be able to put together a strong Terran army to join the battle. Kerrigan has already made the Zerg Swarm incredibly strong so they’re definitely ready for a good fight as well. But sadly, the Protoss are not.

The destruction of Aiur has left them a mere shadow of their former selves and they are very few in numbers now. However, their technology and psionic powers are more impressive than ever and Blizzard will presumably add even more tricks to their arsenal. The main problem is that the Protoss are scattered and lack a powerful leader to guide them. In Starcraft 2: Legacy of the Void we’ll have quite a difficult task on our hands as we plan to solve this problem. Zeratul is undoubtedly powerful, but he is still considered an outcast by many Protoss and usually works alone so he doesn’t really fit the leader profile. In Wings of Liberty it was revealed that Tassadar is still alive, albeit in ethereal form, and that he “never tasted death”. Would Tassadar make a great leader and bring hope to the Protoss? I believe so. I also think he will help Zeratul in his quest to unite the Protoss and make them strong again in Starcraft 2: Legacy of the Void.

Regarding the multiplayer, I feel that Heart of the Swarm was a step back for the series and didn’t help make this component more interesting at all. Blizzard added too many units that fill similar roles and at the same time some of the new additions were downright overpowered at launch. I think it would be a much better idea to really put some work into creating interesting units and let players decide what role they should be used for rather than developed them from the start to fill a certain role. But that’s just me. In any case, I’m also very interested to see if they will add some old fan favorites to multiplayer in Starcraft 2: Legacy of the Void. I would really like to see Reavers, Lurkers and Goliaths the most, but I guess they might overlap with existing units so that’s not likely to happen. They were available in the campaign though so that’s something.

Finally, I strongly believe that Blizzard should advertise Starcraft 2: Legacy of the Void – or Starcraft 2 in general for that matter – a lot more. And I’m talking about advertising it to the rest of the world and not just Koreans, they – their mothers and even their dogs – already know about it. The company is still trying to relieve the times of yore when World of Warcraft still meant something to actual gamers, we get it. Warlords of Draenor seems pretty cool I’ll give them that, but come on, stop beating a dead horse already and focus on Starcraft for a change will you? The Warcraft universe already has an MMO, a CCG and an upcoming movie while Starcraft has a sequel that came out twelve years after the original and was split into three parts, the second of which kinda ruined the multiplayer (great campaign though). Well no wonder people aren’t talking more about Starcraft 2: Legacy of the Void, there’s very little to talk about, isn’t it?

Take Mass Effect 4 for example, we know next to nothing about the game and yet people are going crazy at the smallest rumor because Bioware talks about it like it’s going to be the biggest thing since sliced bread. Look, I know that’s not a fair comparison because RTS games are not as popular as RPGs, but I think Starcraft 2: Legacy of the Void can change all that if Blizzard is smart about it. I’m sure they can come up with something to hype up the Starcraft universe  and the upcoming game in the process as well. Maybe mention something about the Starcraft: Ghost FPS again and then pretend it never happened (again)? I think that could work as I hear sci-fi shooters are very popular these days. Indeed, it seems to be our Destiny to keep hearing about them. In any case, my expectations for Starcraft 2: Legacy of the Void are very high and my wish list could go on forever, but all I really hope is to hear everyone talking about Starcraft again, just like in the good old days. At the moment this is seen as something that Korean nerds with high AMP play. Granted, that has always been the case, but it could become so much more now.

I’m Load The Game’s co-founder and community manager, and whenever I’m not answering questions on social media platforms, I spend my time digging up the latest news and rumors and writing them up. That’s not to say I’m all work and no fun, not at all. If my spare time allows it, I like to engage in some good old fashioned online carnage. If it’s an MMO with swords and lots of PvP, I’m most likely in it. Oh, and if you’re looking to pick a fight in Tekken or Mortal Kombat, I’ll be more than happy to assist! Connect with me by email markjudge (@) loadthegame.com only
@@MarkJudgeLTG
Previous Lenovo ThinkPad Helix and Lenovo Edge 15 Laptop introduced at IFA
Next Moto x+1 and Moto G full specs appear