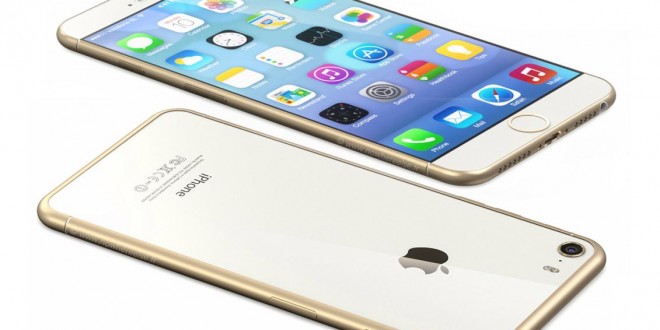 How can that be? Amosu, a high-end luxury phone manufacturer has just announced that the iPhone 6 24K Gold is available for pre-order on their website.

The iPhone 6 will be officially announced tomorrow at the Flint Center, but Amosu, a company that has been making gold-encrusted Blackberries in the past, has surprisingly unveiled that they’ve already made the iPhone 6 in gold. Amosu, who claims to have been the first jeweler to take on iPhones in 2007, offers more than just a gold-encrusted iPhone 6.

If you choose to order the iPhone 6 24K Gold edition from Amosu, the company also offers the choice of having text or logos engraved on the iPhone 6 backplate. The price that the company has set on the iPhone 6 covered in gold is $3872, but they will throw in a leather case with an over $200 value. 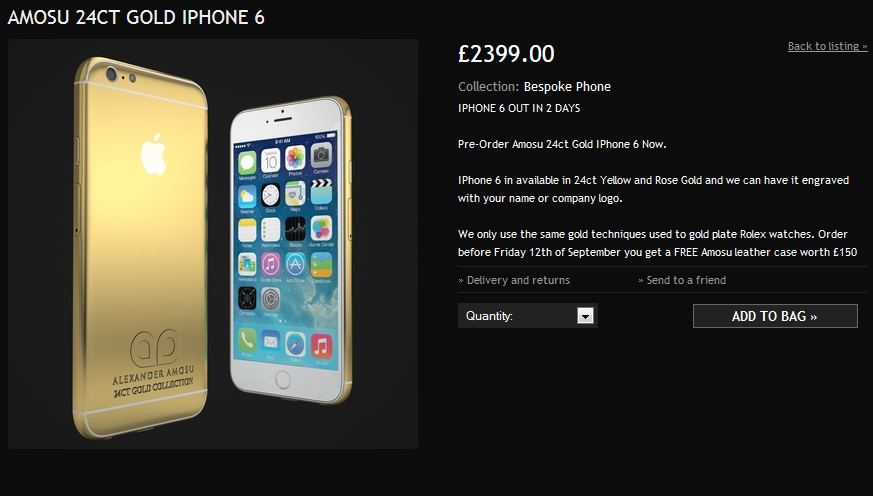 It comes as a surprise that Amosu is already selling the iPhone 6 before its official launch and it seems that only registered Amosu members have access to the newly released product. Even though we weren’t expecting to see a price tag so soon, Amosu’s gold variant costing well over three grand does reveal something about the upcoming iPhone 6.

Since it’s one of the cheaper gadgets the company is offering, with certain Blackberries selling for $200.000 and the diamond iPhone 5 for $15000, we wonder why the iPhone 6 got the price it did. Maybe it’s just so that the company can rally enough impulse buyers to buy the iPhone 6 before its launch date. Would be nice to go out tonight and tell your friends that you’ve already pre-ordered the iPhone 6 in gold.

Nonetheless, no details on the actual phone were given by the company, so we don’t know which version of the iPhone 6 Amosu is actually selling: the 4.7 one or the 5.5 inch one. Considering the price, it probably is the smaller version of the flagship, but there’s no way to know for sure. If you’re convinced that you want the new flagship in gold, you can order its 4.7 inch version from Brikk as well, who is offering it at a slightly higher price but in 14 different variants.

The iPhone 6 or iPhone Air will be unveiled tomorrow, at Apple’s Flint Center event in Cupertino, California. The event will probably encompass the unveiling of the rumored iWatch and Apple’s new mobile payment platform as well. You should probably wait and see what the iPhone 6 brings to the table tomorrow, before ordering the 24k gold-plated edition of the device today. Since we don’t have access to the member’ corner on Amosu’s site, we don’t know for sure whether the company has listed the specs of the device or not.

We will surely find out everything we want to know about Apple’s upcoming products tomorrow, directly from the source. Would you buy the iPhone 6 24K Gold for nearly $4000 today? Or do you prefer waiting ’til tomorrow to see what the fuss is about?

My life-long dream has been to test out every gadget on the market! Considering the fact that I've rapidly destroyed almost every gadget I've had so far, I'm not inclined to owning something, so my ideal outcome would be to have a different gadget each month. I'm really into smartphones, wearables and tablets and I love Playstation and Xbox, I'm sure I'll beat you at your own game (after a month of training... or two)
Previous Batman Arkham Knight release date officially announced
Next Project Tango tablet leaked through FCC