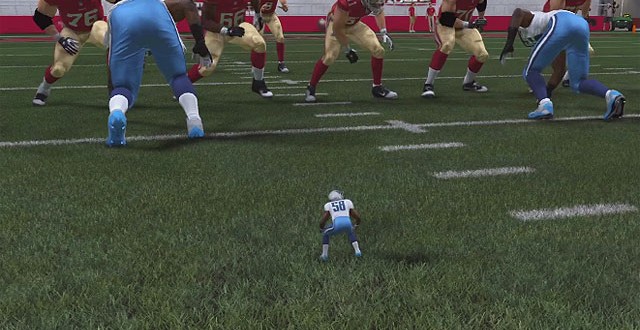 It’s no secret that Electronic Arts – sometimes called the Dark Side – gets bashed by many gamers on a regular basis because of some bad decisions they made in the past. The publisher giant is still making a bad decision from time to time, but they’re definitely making all the right ones when it comes to marketing the recently released Madden NFL 15. Some time ago we saw a hilarious video featuring Kevin Hart and Dave Franco, which was aimed at promoting the game shortly before launch. Now, we get a new video showcasing the bug that made the rounds these last few days and EA actually uses this glitch to further promote Madden NFL 15.

The bug in question refers to Cleveland Browns linebacker Christian Kirksey who transformed into a 1-foot-2 version of himself. Oh, and he also plays for the Tennessee Titans, which is ironic to say the least and has earned him the nickname ‘Tiny Titan’. Even more hilarious is the fact that he plays against, and even tackles regular sized athletes who look like giants compared to him in Madden NFL 15. In their latest advertising video for the game, EA enlists the help of Christian Kirksey himself and wouldn’t you know it, he appears just as small as he does in Madden NFL 15.

Tiny Titan is heard saying his famous line “no matter how small you are, have big dreams, and live big”, which originated on Twitter shortly after the glitch reared its tiny head for the first time. Needless to say, EA saw a good opportunity to promote Madden NFL 15 using a bug that other companies might have tried to quickly sweep under the carpet. Good game EA.

I’m Load The Game’s co-founder and community manager, and whenever I’m not answering questions on social media platforms, I spend my time digging up the latest news and rumors and writing them up. That’s not to say I’m all work and no fun, not at all. If my spare time allows it, I like to engage in some good old fashioned online carnage. If it’s an MMO with swords and lots of PvP, I’m most likely in it. Oh, and if you’re looking to pick a fight in Tekken or Mortal Kombat, I’ll be more than happy to assist! Connect with me by email markjudge (@) loadthegame.com only
@@MarkJudgeLTG
Previous Frozen Synapse Prime release date revealed
Next Run Like Hell! coming out for PS Vita this month