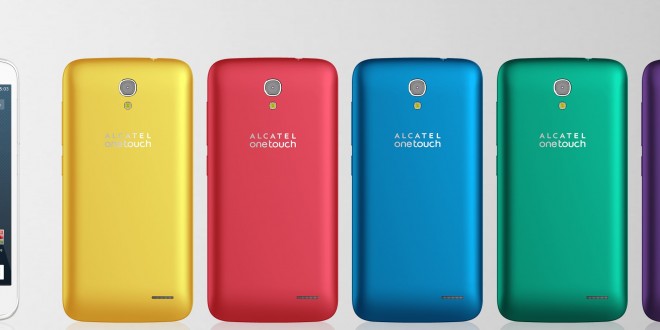 Just like HTC did with the One M8 and One M8 Windows, Alcatel is launching the same phone with a Windows 8.1 OS instead of Android. What makes this launch special is that the Alcatel POP 2 is a 64-bit Snapdragon 410 ran smartphone. 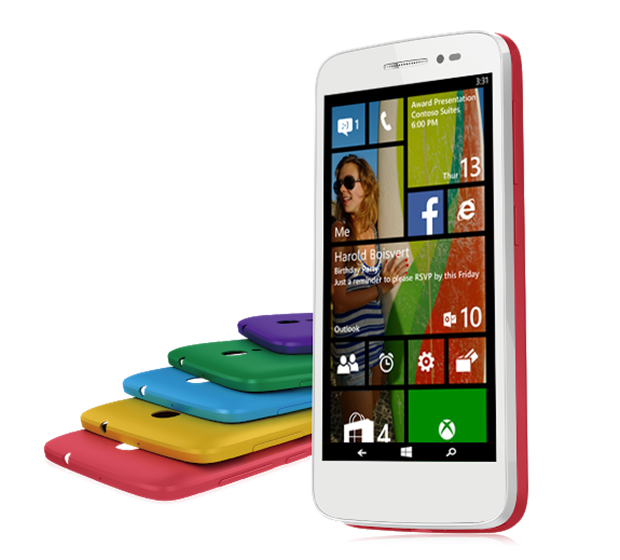 Alcatel has introduced the One Touch Pop 2 family at IFA Berlin last week, advertising the new line with the powerful processing power of the smartphones they introduced. The One Touch Pop 2 line emphasizes interchangeable chassis, Dual-SIM availability and LTE connectivity, besides the 64 bit CPU of course.

The Alcatel One Touch Pop 2 is available with either a 4.5 inch or a 5 inch screen to better suit your needs. Otherwise, the phone doesn’t impress, with a 480*854 resolution, 1 GB RAM, 8 GB internal storage, 4 MP rear cam and VGA front camera. The 2000 mAH battery should do the trick for the powerful processor, although a little more wouldn’t have hurt. Basically, the Alcatel One Touch Pop 2 is a low-range phone fit for entry-level users, but the 64 bit processor makes it a tad more desirable.

An Adreno 306 GPU is paired with the 1.2 GHZ Snapdragon 410 processor, so processing power will surely be over the top. Even so, would you buy this phone? Seeing that it has the HTC Desire 820 as its 64-bit counterpart and Lenovo’s Vibe Z2 as its competitor, you might want to think twice before getting the Alcatel One Touch Pop 2. Samsung is reportedly planning a 64 bit Galaxy Alpha version, too. Although, if you are looking for a cheap ($150) phone that runs on Windows 8.1, the Alcatel One Touch Pop 2 suits you best.

The phone actually looks pretty good and as I’ve said, it is suitable for entry-level users or for users that focus more on performance rather than display and camera functions. Although the display of the Alcatel One Touch Pop 2 is disappointing, the price you can get it for free of contract is quite suitable. It’s a budget mid-range phone and you should take it for what it is. Since Snapdragon didn’t intend the 410 64 bit processor for flagships with high-end specs, it only seems fit that more and more manufacturers start using the CPU version. Snapdragon is making a 64 bit processor fit for flagships, though, the ARMv8.

What’s attractive about the Alcatel One Touch Pop 2 is that it offers both Windows and Android support, which means that it can cater to a wider audience at an affordable price. It’s good marketing for the Windows mobile operating system, too, since most mid-range phones use Android and are much more popular because they are as cheap as the Alcatel One Touch Pop 2. What do you think about the handset? Is it suitable for mid-range use? How much would you pay for a phone like this?

In any case, 64 bit processors are becoming more and more widespread, so be prepared to see all kinds of handsets coming with this type of processing power by the end of the year. The Alcatel One Touch Pop 2 comes as one of the forerunners of 64 bit smartphones, alongside Lenovo Z2 and HTC Desire 820, which are just the tip of upcoming new releases. 64 bit smartphones will be widespread in the future, some saying that all of the smartphone of 2016 will have 64 bit processors. We hope that’s true.

My life-long dream has been to test out every gadget on the market! Considering the fact that I've rapidly destroyed almost every gadget I've had so far, I'm not inclined to owning something, so my ideal outcome would be to have a different gadget each month. I'm really into smartphones, wearables and tablets and I love Playstation and Xbox, I'm sure I'll beat you at your own game (after a month of training... or two)
Previous Final iPhone 6 specs revealed by China Mobile
Next Bungie explains the lack of day-one Destiny reviews 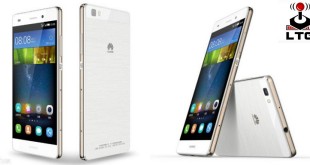 Huawei P8 Lite coupon code can get you a neat discount

Microsoft will be a notable presence at the MWC this year, as there are tons ...