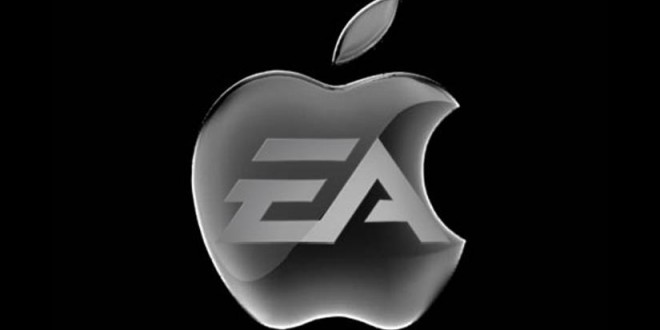 EA Games is developing games for iPhone 6 and iWatch

EA is impressed by the new devices released by Apple and sees potential in making games for them. The company states that, due to the devices’ beautiful screens, stronger processing power, better battery life and increased storage capacity, their capabilities are close to next-generation console level.

Electronic Arts praises the Retina display, stating that due to the higher fidelity of the screen, they can create better gaming experiences. They also state that Metal unlocks several opportunities for them: new shaders and texture memory, advanced AI, frame rate stability and an overall impressive level of immersion. The company adds that they can also deliver higher quality experiences due to the extended storage size of the devices.

EA states that they have prepared for the new iOS over the summer and that they have twelve games ready to launch over the next year. Three of these games were already announced. FIFA 15 Ultimate Team will be released later this month, with Peggle Blast and SimCity Buildlt following sometime in the fall. The developer assures that these games will take full advantage of the iPhone 6 and the new iOS and will be bigger and better than any previous mobile releases of the company.

Electronic Arts is also interested in Apple’s iWatch, stating that wearables have potential as a gaming platform. According to them, they are prototyping ideas such as app extensions that allow players to dictate gameplay on their phones or consoles. This way, for instance, they will be able to use the “Team Driver” feature in Real Racing 3 to have their team driver complete races even when they’re not playing the game on their phone. Basically, we’re talking about using iWatch as some sort of a remote control that allows you to access your games from a distance and set them to perform tasks that do not require you to actively play them.

For now, Apple’s technology is new and EA’s plans are still at innovation state. The company ensures that they are working on implementing them and that they will announce players when they make progress.

I'm a journalism graduate and an occasional gamer. As a kid I used to own a NES clone called "Terminator 2", which was hugely popular in my country. I like old school games and adventure games but I occasionaly play RPG's and Shooters as well, though I wouldn't call myself an expert at these kinds of games. When I'm not writing or playing games I prefer reading detective or fantasy novels.
Previous Resident Evil: Revelations 2 is an episodic title; new episodes coming out each week
Next Apple uses MOBA game to showcase the graphical capabilities of iPhone 6 and iOS 8 with Metal