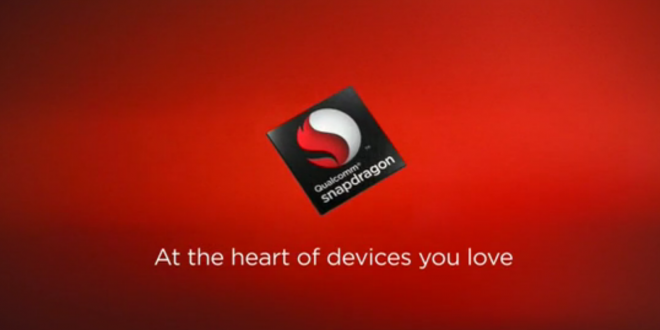 Quick Charge 2.0 will also be a feature that comes with the Snapdragon 210, and it will allow batteries to charge up 75% faster than devices lacking this technology. Phone manufacturers can now pair the Snapdragon 210 with an 7 MP camera, Zero Shutter Lag, HDR, auto focus, auto exposure and auto white balance. That’s great for those of you out there who are looking for a phone that won’t empty your pockets but still provide quality photo capabilities. The same kind of Snapdragon CPU will also be available for tablets.

Qualcomm has also introduced a Snapdragon 410 CPU, which offers 64-bit technology and coupled with an Adreno 306 GPU and integrated 4G LTE World Mode modem it will surely be the core of most upcoming mid-range devices. Since 64 bit technology on smartphones is just beginning to unveil, Qualcomm has picked the best time for a new 64 bit Snapdragon CPU because more examples of mid-range devices with powerful CPUs are surely on their way.

Starting with the HTC Desire 820, Lenovo Vibe Z2 and Alcatel One Touch Pop 2, 64 bit technology is beginning to seep into the market with the use of these mid-range, affordable, yet powerful devices. The craze for 64 bit must have been started when Google announced that Android L (lemon meringue pie, lollipop, lion, whatever) will be optimized for 64 bit technology. With that in mind, there has been a race going on among manufacturers to get 64 bit phones on the market as soon as Android L arrives.

Nonetheless, Snapdragon will surely be part of the new Nexus device, dubbed Nexus Shamu, Nexus 6, Nexus 5 2014 and Nexus X, which will come along for the Android 5.0 launch sometime next month. Since many people are satisfied by what Snapdragon CPUs have to offer, including myself, Qualcomm decided to act on its popularity and bring us new CPU configurations for cheaper prices.

We’ll have to wait and see what kind of price tag Qualcomm will put on the Snapdragon 210 and Snapdragon 410 and how many smartphone or tablet manufacturers will pick up the new configurations.

My life-long dream has been to test out every gadget on the market! Considering the fact that I've rapidly destroyed almost every gadget I've had so far, I'm not inclined to owning something, so my ideal outcome would be to have a different gadget each month. I'm really into smartphones, wearables and tablets and I love Playstation and Xbox, I'm sure I'll beat you at your own game (after a month of training... or two)
Previous Destiny sold over $500 million on its first day
Next LEGO Batman 3: Beyond Gotham Season Pass revealed