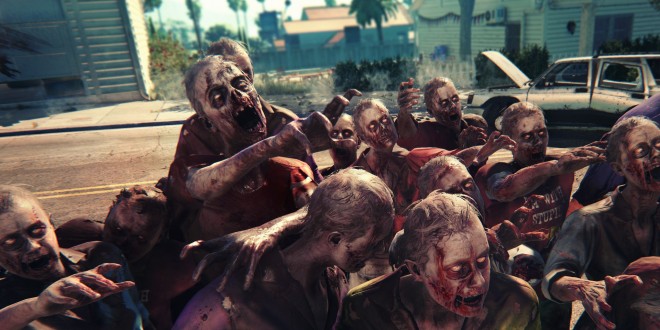 During a recent press event, Dead Island 2’s producer Michael Kempson has stated that after hearing about Xbox One’s Cloud-based servers, Yager Development had decided to raise the game’s co-op headcount from four players to eight. “Dead Island was four players,” says Kempson. “[…] and when we were looking at that online aspect of it for pre-production we thought ‘okay, we need to iterate on that.’ But they [the original Dead Island’s developer – Techland] did such a good job. How are you going to make that better?”

“Then suddenly Microsoft turns up with a new console and says ‘cloud-based servers, always online!’ So we immediately looked at that – we’d already decided it was going to be open-world, but with four players? Would I see another guy? We thought we could conceivably take it up to eight at least, and we progressively increased the player numbers until we got there, where it was kind of like, ‘okay, now we’re actually running into people a lot.’ For us, that seemed to make the most sense in how we progressed with the online – make a seamless, bigger open world, and more players.”

Additionally, even though it’s called ‘Dead Island’, this upcoming sequel takes place in California. The decision came directly from Yager, reasoning that Dead Island’s numbered-sequel needs to expand on what has come before it. Techland was originally developing Dead Island 2, but instead decided to focus on developing Dying Light with Warner Bros. Interactive Entertainment. Deep Silver then went looking for a new developer, until Yager pitched the game to the publisher in the summer of 2012, and got the deal. The game was officially announced at Sony’s E3 2014 media briefing, which is more vibrant and light-hearted (yet even more violent) than its predecessors. Dead Island 2 launches in the spring of 2015, on the PlayStation 4, Xbox One, and PC.

I’m Load The Game’s co-founder and community manager, and whenever I’m not answering questions on social media platforms, I spend my time digging up the latest news and rumors and writing them up. That’s not to say I’m all work and no fun, not at all. If my spare time allows it, I like to engage in some good old fashioned online carnage. If it’s an MMO with swords and lots of PvP, I’m most likely in it. Oh, and if you’re looking to pick a fight in Tekken or Mortal Kombat, I’ll be more than happy to assist! Connect with me by email markjudge (@) loadthegame.com only
@@MarkJudgeLTG
Previous Stronghold Crusader 2 goes gold, gets new developer diary
Next Apple Watch battery life mystery

Dead Island is a zombie-themed open-world first-person title originally released back in 2011. The game ...