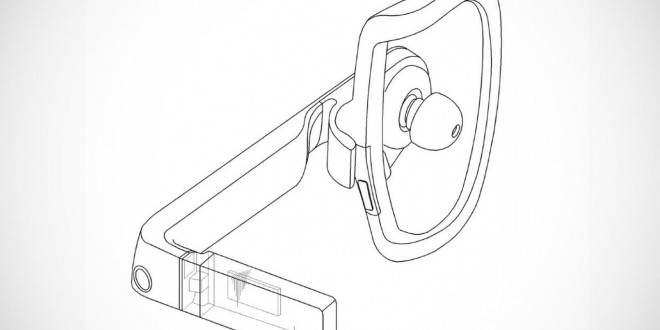 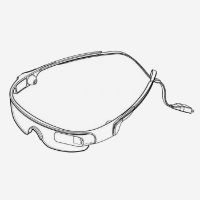 Samsung has been headline material for the past few weeks with various awesome devices like the Galaxy Gear VR, the virtual reality goggles that advertise full immersion in games, the Galaxy Note 4 and the Galaxy Note Edge with a touchscreen on its edge, the new Gear S smartwatch boasting 3G and the Galaxy Alpha upcoming smartphone line. Samsung appears to be taking advantage of all the hype around itself by announcing the March 2015 launch-date of Gear Blink. IFA was supposed to host Gear Blink initially, according to rumors, but the Gear Bllink was a no-show at IFA, not even mentioned by Samsung.

Gear Blink will be a Tizen-powered pair of smart glasses, which might put off many of you who don’t appreciate Tizen OS. The headset will supposedly include the usual glasses and an earpiece. So far, only patents and conceptual drawings have been spotted online portraying the Gear Blink, but from the images we’ve seen, the headset focuses more on augmented reality rather than the more simple Google Now approach of the Google Glass gadget.

Implementing augmented reality into almost standard-looking eye-wear is a great idea if you ask me, because it can revolutionize the way we can actually use those glasses and might even sport features that will be able to help out those with hearing or seeing disabilities. Augmented reality may be of many help in the future if implemented correctly. Nonetheless, we’ve seen some renders that show a Gear Blink device projecting a keyboard onto users’ palms so that you can actually write in thin air with the glasses being able to pick up and detect your movements and select characters accordingly.

That sounds very futuristic and Gear Blink might turn out to be a real feat, but the fact that Samsung is refusing to let Google and subsequently, Android get on board with the project might hurt the outcome of this endeavor. Not that Tizen is that bad, or anything, but it’s still in such an early stage of development that comprehensive support for the Gear Blink or other wearable devices the company might be planning would be minimal, at best. 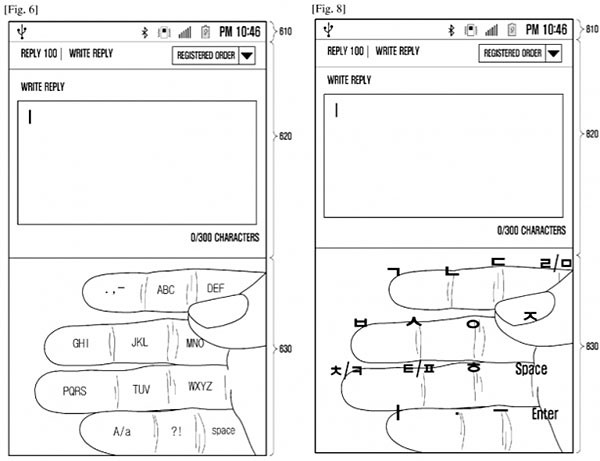 I don’t want to advertise either of the OS, but following a logical train of thought, Android is advancing more and more, whilst Tizen has just been launched, making Android the better option for a high-tech wearable. Nonetheless, if enough developers and OEMs get on board Tizen, the OS might become a success and develop enough features for it to be practical for the Gear Blink. If the development of the OS goes towards emphasizing augmented reality and virtual reality for practical use, we might just see a great OS surface from the rumble.

In any case, we expect to hear more from Samsung on the development of Gear Blink, because the wearable is still at patenting stage, which would mean that we don’t have any guarantee that the patent will materialize into an actual product by next year. Yet, if we take into consideration the rumors of it being actually launched in March 2015, we can safely say that Gear Blink will be real soon.

My life-long dream has been to test out every gadget on the market! Considering the fact that I've rapidly destroyed almost every gadget I've had so far, I'm not inclined to owning something, so my ideal outcome would be to have a different gadget each month. I'm really into smartphones, wearables and tablets and I love Playstation and Xbox, I'm sure I'll beat you at your own game (after a month of training... or two)
Previous Alien: Isolation’s PC requirements revealed
Next iPhone 6 Plus vs Samsung Galaxy Note 4 – Clash of the Titans