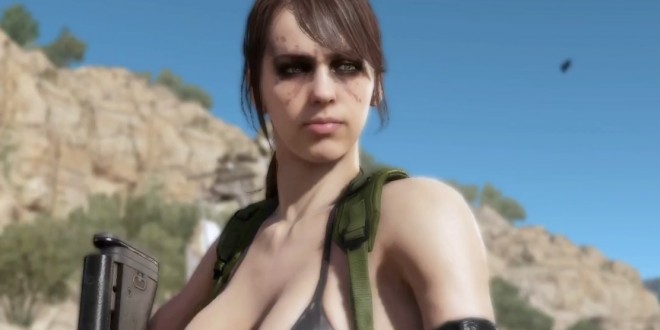 Today Legendary Director Hideo Kojima revealed a new preview for the upcoming Metal Gear Solid 5 The Phantom Pain. The preview provides us with a small glimpse into what we can expect to see at the Tokyo Game Show 2014. The event will take place next week so basically just around the corner and Metal Gear Solid 5 The Phantom Pain will be one of the most important titles to be featured on stage. Unfortunately the game will not be playable so we’ll have to be happy with just watching the folks over at Konami play it. This will undoubtedly prove to be an even more difficult task after seeing the awesome teaser revealed earlier by Hideo Kojima. The Director definitely knows how to get fans pumped up, I’ll give him that.

This pleasant surprise comes shortly after Kojima shared another piece of good news with fans of the series. As seen from the tweet above, a new Metal Gear Solid Collection is scheduled to arrive sometime later this year. He didn’t reveal any other details, but we can expect to learn all about it at the Tokyo Game Show 2014 next week. I think it’s pretty safe to assume that this collection will be available for the PS4 and Xbox One, but what about the PC? Well, PC gamers have been asking for more MGS titles for a very long time and Kojima made them very happy when he announced that Metal Gear Solid 5 The Phantom Pain will also launch for the PC and even  be available on Steam. That being said, I don’t think it’s too far fetched to hope that this new collection will make its way to the PC as well.

Indeed, there are several petitions asking Hideo Kojima to bring Metal Gear Solid HD or Metal Gear Solid Legacy to the PC so maybe the Director decided to do just that. We’ll only know for certain next week at the Tokyo Game Show 2014 when an official announcement regarding the matter will likely be made. Aside from Metal Gear Solid 5 The Phantom Pain and the new MGS Collection, there will be a plethora of other major titles at the event and we’ll make sure to keep our eyes and ears open for all the important announcements just so we can share them with you here. In the meantime, check out the Metal Gear Solid 5 The Phantom Pain TGS 2014 sneak peak below and stay tuned for more news and updates.

I’m Load The Game’s co-founder and community manager, and whenever I’m not answering questions on social media platforms, I spend my time digging up the latest news and rumors and writing them up. That’s not to say I’m all work and no fun, not at all. If my spare time allows it, I like to engage in some good old fashioned online carnage. If it’s an MMO with swords and lots of PvP, I’m most likely in it. Oh, and if you’re looking to pick a fight in Tekken or Mortal Kombat, I’ll be more than happy to assist! Connect with me by email markjudge (@) loadthegame.com only
@@MarkJudgeLTG
Previous iPhone 6 Plus vs Samsung Galaxy Note 4 – Clash of the Titans
Next The Walking Dead and Wolf Among Us coming to PS4 & XB1