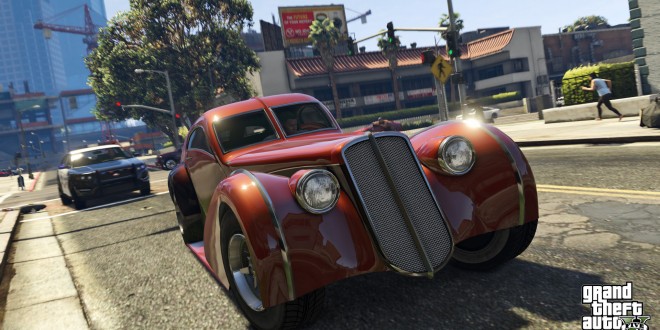 All the rumors regarding the PC, PS4 and Xbox One versions of GTA 5 can finally stop as we finally have official confirmation from developer Rockstar. The company announced earlier that GTA 5 will arrive for the PS4 and Xbox One on November 18th while the PC version will only launch on January 27th, 2015. Well, it seems that Rockstar’s previous statement in which they said that the PC version has not been delayed was not true after all. On the bright side, at least the next-gen versions of GTA 5 will make the previously announced Fall release window. Another piece of good news comes from the fact that Rockstar has been working hard to provide various improvements to all versions of the game. These include new weapons, vehicles and activities, more wildlife, enhanced damage and weather effects, new foliage system and more. And that’s not all. The company is also offering bonuses for those who pre-order or who already own GTA 5 on the PS3 or Xbox 360.

“All players who pre-order the game will get $1,000,000 in-game bonus cash to spend across Grand Theft Auto V and Grand Theft Auto Online (GTA$500K each for your Story Mode and for your GTA Online in-game bank accounts),” Rockstar announced earlier. “A host of new, exclusive content also awaits for players returning from the PlayStation 3 and Xbox 360 versions including rare versions of classic vehicles to collect from across the Grand Theft Auto series such as the Dukes, the Dodo Seaplane and a faster, more maneuverable Blimp; activities including wildlife photography and new shooting range challenges, new weapons and more.”

The developer also says that a new trailer for GTA 5 will be released later today so keep an eye out for that. Stay tuned for more news and updates.

I’m Load The Game’s co-founder and community manager, and whenever I’m not answering questions on social media platforms, I spend my time digging up the latest news and rumors and writing them up. That’s not to say I’m all work and no fun, not at all. If my spare time allows it, I like to engage in some good old fashioned online carnage. If it’s an MMO with swords and lots of PvP, I’m most likely in it. Oh, and if you’re looking to pick a fight in Tekken or Mortal Kombat, I’ll be more than happy to assist! Connect with me by email markjudge (@) loadthegame.com only
@@MarkJudgeLTG
Previous Robert Downey Jr. rumored to star in the upcoming Assassin’s Creed movie
Next LG G Flex 2 to sport smaller display, higher resolution