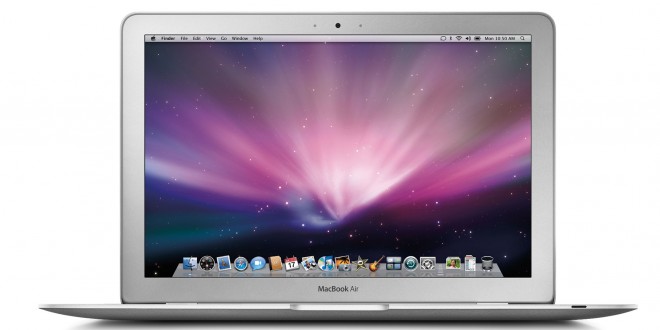 Apple is planning the launch of an even slimmer MacBook Air notebook in mid-2015 and according to rumors, the notebook will not only sport Retina display but will be built with Intel’s Core M chip, as well. Implementing a Core M chipset into the MacBook Air will not only allow Apple to create a surprisingly slim device, but it will also allow for a fan-less design, facilitating the slim design.

Accroding to rumors, the MacBook Air will begin shipping in mid-2015, so a launch-event should be likely to happen sometime in April. Apple has not yet disclosed any specific information about the MacBook Air, so take all these rumors with a grain of salt, for now. The Core M processor from Intel is supposed to offer not only the possibility of a fan-less design, but increased efficiency and improved performance.

Apple has been supposedly working on a 12 inch Retina display MacBook Air for almost a year now, and with the new rumors suggesting the Core M chip to be part of their design hints at considerable progress on the company’s part. What we’ve found out is that Apple might be considering a Space Grey and a Gold MacBook Air, inspired from the design of the iPhone 6.

With the recent launch of the iPhone 6, iPhone 6 Plus and Apple Watch, and the leaked information about a Thunderbolt successor in the form of a 27 inch 5K monitor, Apple seems to have a lot on its mind. A new, slimmer and lighter MacBook Pro has also been rumored to be in production, but nobody is certain whether there will be a MacBook Air or a MacBook Pro launch next year. Some say that one of the notebooks might even be launched by the time Christmas falls upon us, so we can’t be sure of anything, yet.

Until Apple discloses anything about the MacBook Air or the MacBook Pro, all this information remains only a rumor. We do hope to see a new notebook from Apple by Christmas, but most say such an early release is highly unlikely. Even so, Apple fans still have a lot to be joyful about, since the iPhone 6 and 6 Plus have been put up for pre-order at Apple and various retail sites. Although some are saying the iPhone 6 Plus is more expensive than a MacBook, the iPhone 6 Plus might already be sold out.

My life-long dream has been to test out every gadget on the market! Considering the fact that I've rapidly destroyed almost every gadget I've had so far, I'm not inclined to owning something, so my ideal outcome would be to have a different gadget each month. I'm really into smartphones, wearables and tablets and I love Playstation and Xbox, I'm sure I'll beat you at your own game (after a month of training... or two)
Previous Intel Developer Forum Highlights
Next LG L Fino and L Bello to be available world-wide