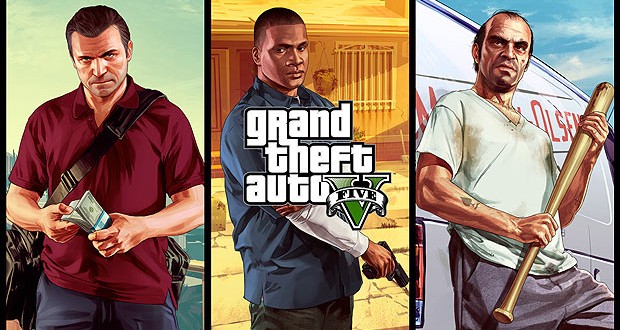 Yesterday, publisher Rockstar Games had revealed Grand Theft Auto V’s current-generation release date (November 18th), in addition to a brand-new trailer that is 100% composed of in-game footage captured from the PlayStation 4 rendition. Furthermore, a PC version was also mentioned, although it’ll be launching on January 27th, 2015. Because said delay sparked quite a few discussions (i.e. people were/are pissed), the publisher has officially commented its decision, talking about further optimising the PC version (which is absolutely crucial if we were to take a look at Grand Theft Auto IV’s PC launch state).

“We’re glad to see so many of you are excited for the upcoming release of the new versions of GTA V and we look forward to sharing more details with you soon. We are also incredibly excited to be bringing GTA V to the PC, but the game requires a little more development time in order to ensure that it is as amazing and polished as possible.”

If you’ve been living under the proverbial rock for the past two years or so, know that Grand Theft Auto V represents Rockstar North’s latest entry in the mega-popular and best-selling Grand Theft Auto series. The game follows three protagonists – Michael (a former criminal trying to live his twilight years in peace alongside his family), Franklin (a former “gang banger” trying to go “legit” by avoiding his former gang and instead opting for a legitimate business), and Trevor (a downright maniac trying to make a fortune by selling drugs and guns to pretty much anyone who wants them) – as they are cruising Los Santos and its surroundings in countless attempts of getting rich.

In addition to the obvious graphical improvements, the current-generation and PC versions of Grand Theft Auto V also boast new weapons, vehicles, activities, more wildlife, enhanced damage and weather effects, and a new foliage system, in addition to the online part supporting up to 30 players.

I’m Load The Game’s co-founder and community manager, and whenever I’m not answering questions on social media platforms, I spend my time digging up the latest news and rumors and writing them up. That’s not to say I’m all work and no fun, not at all. If my spare time allows it, I like to engage in some good old fashioned online carnage. If it’s an MMO with swords and lots of PvP, I’m most likely in it. Oh, and if you’re looking to pick a fight in Tekken or Mortal Kombat, I’ll be more than happy to assist! Connect with me by email markjudge (@) loadthegame.com only
@@MarkJudgeLTG
Previous Here’s why Techland isn’t developing Dead Island 2
Next PSP users won’t be able to access the Playstation Store anymore