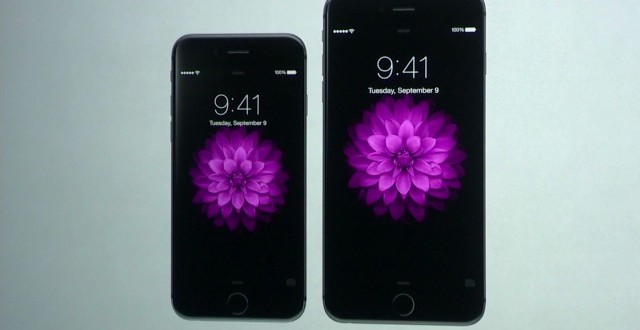 Last week we heard that the iPhone 6 Plus went out of stock in just a matter of hours after Apple made pre-orders available. We also learned that there were still plenty of regular iPhone 6’s to go around, but it seems that this isn’t the case anymore. The smartphone was normally supposed to arrive on September 19th, but Apple had to delay it for some reason and now the iPhone 6 pre-order page says that it will only start shipping in 7-10 business days. Meanwhile, the situation hasn’t changed much in regards to the iPhone 6 Plus and the device still has an estimated shipping time of 3-4 weeks. Apple did say that its newest flagship was selling at record speeds and I guess it wasn’t kidding. However, no specific figures were mentioned so we’re still left guessing for now.

Some of you might be wondering about why the iPhone 6 is selling so good seeing as how it’s not necessarily that special compared to some of its Android counterparts. Well, be that as it may, the device does offer pretty substantial improvements over its predecessor and it also runs on the recently released iOS 8. As for the iPhone 6 Plus, this is Apple’s first phablet so it’s only natural that many people would be interested in seeing what it’s all about. That being said, both devices are pretty expensive with the iPhone 6’s pricing starting at $650 unlocked for the 16GB version and reaching $850 for the 128 GB one. The iPhone 6 Plus gets even more costly with prices ranging from $750 for the 16GB model up to $950 for the 128 GB variant.

Even so, the devices have somewhat sold like hotcakes and it looks like people who were considering buying one will have to wait just a bit longer. We’ll keep you updated with any new developments so stay tuned.

I’m Load The Game’s co-founder and community manager, and whenever I’m not answering questions on social media platforms, I spend my time digging up the latest news and rumors and writing them up. That’s not to say I’m all work and no fun, not at all. If my spare time allows it, I like to engage in some good old fashioned online carnage. If it’s an MMO with swords and lots of PvP, I’m most likely in it. Oh, and if you’re looking to pick a fight in Tekken or Mortal Kombat, I’ll be more than happy to assist! Connect with me by email markjudge (@) loadthegame.com only
@@MarkJudgeLTG
Previous Moto G 2014 vs. Moto G – What are the improvements?
Next Destiny takes the crown as the most successful new IP launch in the UK