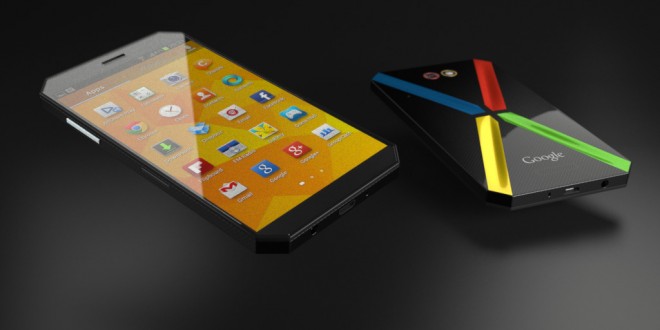 The Nexus 6 is one of the most rumored and hyped devices at the moment and everybody is looking forward to the Android 5.0 L (Lemon Meringue Pie, Lollipop, Lion) running flagship. So far, there have been many different rumors saying that the Nexus 6 will be manufactured by Motorola, and will feature a 5.2, 5.7 or 5.9 inch screen.

The Nexus 6 might not come alone, though. There have been rumors circulating about Google Gem, Google’s attempt at a smartwatch for almost a year now, with a patent filing already spotted. Google Gem might come along with the Nexus 6 as a package deal, although there hasn’t been any word on whether this rumor is feasible or not. Nonetheless, it would be a sweet affair to see Android L, Nexus 6 and Google Gem come at the same time, sometime in October, preferably.

The Nexus 6 will probably sport a Snapdragon 805 CPU, but since Android L will be configured to run on 64 bit configurations, we might see a Nexus 6 with a Snapdragon 810 or 808 CPU. Adreno 420 is the most probable GPU and the Nexus 6 will probably be backed by 3 GB RAM and a minimum of 32 GB internal storage. A QHD screen is the most likely option Google will go for, and maybe a microSD slot will also be featured in the new Nexus device.

As for the Google Gem, the rumor sprung back to life mostly because Google might want to release a competitor to the Apple Watch to showcase that Android Wear can be a superior OS. If a Google Gem is in the works, an updated and optimized Android Wear will probably come along, as well. Supposedly, Google Gem will sport touchpads on its sides and will be a round design, which would become an instant hit, since people are fascinated by the Moto 360, and for good reason. 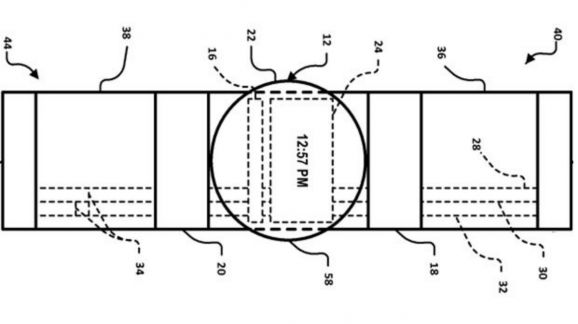 Google Gem has been patented earlier this year and the renders indeed show a round design, so we might be in for something amazing. The touchpads on the sides of the watch will be used for pinching, zooming and scrolling, much like the digital crown on the Apple Watch. Google Gem might also have dual-screen, with a flip-up screen and a base, and would pair with Google Glass.

The Nexus 6 is an imminent device, but Google Gem still remains unconfirmed. October will supposedly be Google’s month, so we’ll probably hear more about the Nexus 6 and Google Gem (if it’s real) next month. If the Nexus 6 is indeed launched next month, it will face harsh competition from Apple’s iPhone 6 Plus, Sony Xperia Z3, HTC One M8, Galaxy Note 4 and Galaxy Note Edge. Nonetheless, the Nexus 6 will probably come as a rather affordable flagship, and receiving Android updates right from the source and first in line is definitely a plus for the Nexus 6.

My life-long dream has been to test out every gadget on the market! Considering the fact that I've rapidly destroyed almost every gadget I've had so far, I'm not inclined to owning something, so my ideal outcome would be to have a different gadget each month. I'm really into smartphones, wearables and tablets and I love Playstation and Xbox, I'm sure I'll beat you at your own game (after a month of training... or two)
Previous New details on Assassin’s Creed Unity customization, skills, equipment, weapons
Next Facial recognition technology implemented by the FBI