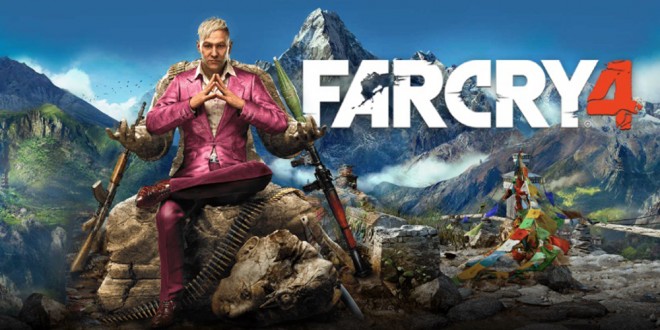 Ubisoft teased a new feature that will be present in Far Cry 4. According to the company, elephants in the game can be your biggest and most badass asset or your worst enemy. The way players can use elephants to defeat their enemies is shown in a Far Cry 4 trailer released by the developer. At first, the trailer plays out as a documentary on indian elephants, showing some CGI specimens as example. Then, the trailer goes on showing what these creatures can do during the game. You can check out the trailer below and see for yourself.

Creative Director Alex Hutchinson states that the development team ended up liking the elephants so much, that they decided not to reward players for killing them. In fact, elephants are the only animals in Far Cry 4 that you don’t get anything for killing. This makes a lot of sense. Why would you want to kill the elephants if you can use them as deadly war machines?! It seems like Ubisoft is throwing everything at us with this new Far Cry installment. Which is only for the better. Among others, we have a villain even more insane than Vaas from Far Cry 3, if that’s possible – Pagan Min, the self-appointed king of Kyrat. This alone makes me want to get my hands on this game as soon as possible.

Far Cry 4 will be released on November 18, 2014 in North America and Europe and in November 20 in Australia. The game comes out on PC, Playstation 3, Playstation 4, Xbox 360 and Xbox One. The game has three editions that it can pre-ordered in. First, there’s a free limited edition upgrade to the main game, which contains a series of three single player missions, titled “Hurk’s Redemption”. The game costs $59.99. An alternative to this is Far Cry 4 Kyrat Edition, which contains a 20 cm figurine of Pagan Min seated on his elephant throne, a travel journal, a propaganda poster and a map of the game’s open world. The Kyrat Edition also includes Hurk’s Redemption. It can be purchased for $129.99. Last but not least, there’s the gold edition, which is only available for Playstation 3, Playstation 4 and PC and contains Far Cry 4 and the Season Pass. It can be pre-purchased for $89.99.

I'm a journalism graduate and an occasional gamer. As a kid I used to own a NES clone called "Terminator 2", which was hugely popular in my country. I like old school games and adventure games but I occasionaly play RPG's and Shooters as well, though I wouldn't call myself an expert at these kinds of games. When I'm not writing or playing games I prefer reading detective or fantasy novels.
Previous The Order: 1886 dev. – “any Destiny review under 8 is ‘ludicrous'”
Next iPhone 6 vs. iPhone 6 Plus vs. HTC One M8