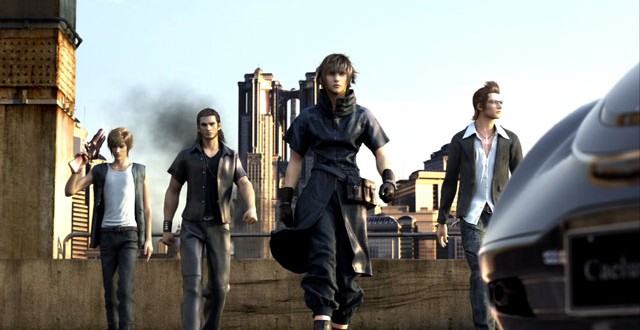 “Gamers have been waiting to play Final Fantasy XV for a long time, but a chance to sample the gameplay is coming soon,” the original article said. “A downloadable demo for the next numbered Final Fantasy will be available in 2015, and lets players see some opening sections of the game in action. Square Enix is calling the demo Episode Duscae, and though it focuses on the early parts of the game, some elements of the progression have been altered in order to make it more suitable for a demo experience. Some players will be able to get Episode Duscae for free thanks to a voucher included with Final Fantasy Type-0 HD, which releases on March 17 in North America. A representative from Square Enix could not confirm that the demo will be available the exact same day as Type-0 HD, but it will be coming to both PS4 and Xbox One when it does release.”

Since this is a leak and not confirmed by Square Enix we advise you to take it with a grain of salt for the moment. Hopefully we’ll hear an announcement regarding Final Fantasy 15 during the Tokyo Game Show 2014. Stay tuned for more news and updates.

I’m Load The Game’s co-founder and community manager, and whenever I’m not answering questions on social media platforms, I spend my time digging up the latest news and rumors and writing them up. That’s not to say I’m all work and no fun, not at all. If my spare time allows it, I like to engage in some good old fashioned online carnage. If it’s an MMO with swords and lots of PvP, I’m most likely in it. Oh, and if you’re looking to pick a fight in Tekken or Mortal Kombat, I’ll be more than happy to assist! Connect with me by email markjudge (@) loadthegame.com only
@@MarkJudgeLTG
Previous The Evil Within gets a Tokyo Game Show 2014 trailer
Next 2K delays the next-gen version of WWE 2K15