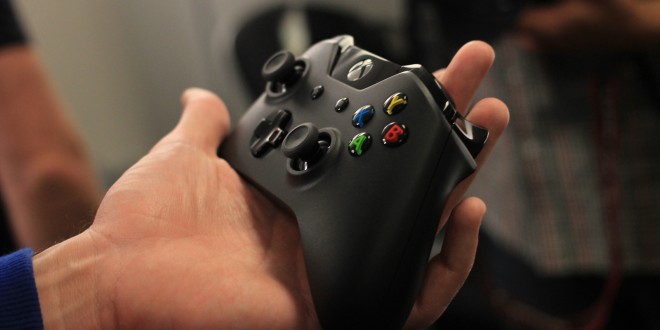 Clearly, this new Xbox One controller is aimed for those PC gamers who do not own an Xbox One but wish to use it for playing PC games. It goes for $59.99 and is said to be coming soon in stores. The company state the following on the Xbox news blog: “The Xbox One Controller + Cable for Windows is simple to use, plugging into any available USB slot and updating automatically.” Microsoft claims it has spent over $100 million in the development of the new Xbox One controller mainly to overcome some imperfections in the D-Pad, button travel, and offset joysticks. In contrast, the PS4 DualShock controller is not fully supported on PC, requiring improvised drivers created by modders in order to work properly.

Microsoft says that the new controller will be supported on Windows 8.1, Windows 8 and Windows 7, while Vista operating system users may not be able to install the device. The Xbox One PC controller may well be a massive hit for Microsoft as many PC gaming fans prefer the original game control extension before mouse and keyboard. Developers consider it to be the best PC controller ever made, “a culmination of over 200 prototypes,“ as they say. Hopefully, Microsoft will not keep fans waiting for long.

I'm Razvan, a sports and first-person shooter enthusiast. I've always loved writing, even more so when it involves games. When I'm not playing on my PS3 or writing, I like to run exhausting cardio workouts, play soccer, watch a good movie, or read a good book.
Previous New FIFA 15 Ultimate Team trailer revealed
Next A winner has been crowned in Destiny’s Vault of Glass