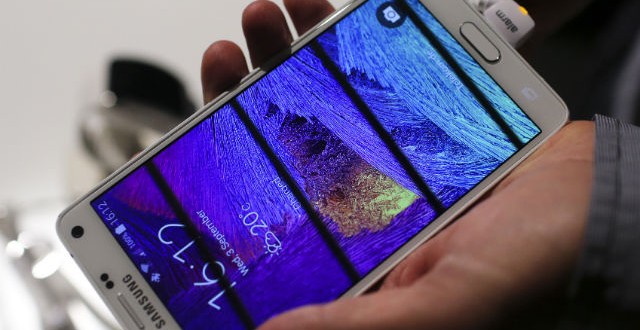 Earlier today, the Samsung Galaxy Note 4 became available for pre-order in China. The phablet was announced earlier this month at the IFA and has since become one of the most sought after devices on the market. China is considered to be the world’s largest smartphone market so Samsung expects to sell a high number of units in the country. The Samsung Galaxy Note 4 is available for pre-order for the price of 5, 199 RMB, which is the equivalent of about $846 USD. Pre-orders will only be available until September 25th because the following day the device will go on sale and customers will be able to purchase one directly at participating retailers.

Meanwhile, the iPhone 6 and iPhone 6 Plus were apparently delayed by quite a bit in China and will presumably only arrive in 2015 according to the latest reports. China Mobile, the country’s largest carrier said that it doesn’t know when the two devices will become available in China. Rumor has it that Apple has failed to reach an agreement with the Ministry of Industry and Information Technology, which basically means that it can’t legally sell the iPhone 6 and iPhone 6 Plus in China. Moreover, it seems that Apple may have to wait until next year to get the certification required to sale its flagship on the Chinese market. This will greatly affect the company’s sales for Q4 seeing as how there are a huge number of potential customers there and Apple can’t sell its latest smartphones to any of them.

This is very good news for Samsung as now it has one less competitor on the Chinese market for a while. The Samsung Galaxy Note 4 comes equipped with 5.7-inch Super AMOLED 1440 x 2560 resolution display that puts to shame a lot of the other smartphones out there. Indeed, a thorough analysis of the device concluded that the Samsung Galaxy Note 4 offers the best smartphone display of all time.

I’m Load The Game’s co-founder and community manager, and whenever I’m not answering questions on social media platforms, I spend my time digging up the latest news and rumors and writing them up. That’s not to say I’m all work and no fun, not at all. If my spare time allows it, I like to engage in some good old fashioned online carnage. If it’s an MMO with swords and lots of PvP, I’m most likely in it. Oh, and if you’re looking to pick a fight in Tekken or Mortal Kombat, I’ll be more than happy to assist! Connect with me by email markjudge (@) loadthegame.com only
@@MarkJudgeLTG
Previous Ubisoft “looking into” a PC version of Assassin’s Creed Rogue
Next Bandai Namco launches PS3 exclusive Dragonball Xenoverse Beta test