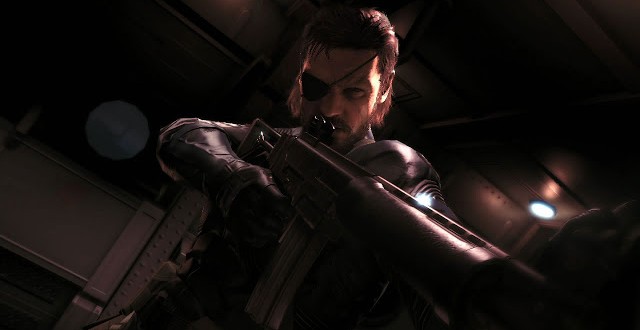 The Metal Gear Collection 2014 is not exactly what we expected

Last week director Hideo Kojima posted a mysterious tweet in which he teased the new Metal Gear Collection 2014. Naturally, a lot of PC gamers were excited by the prospect of seeing a Metal Gear Solid Collection on Steam in the near future. However, today during the Metal Gear Solid 5: The Phantom Pain’s presentation Konami unveiled the new collection and it’s definitely not coming to Steam. Actually, it’s not coming to any platforms since this is a new clothing line rather than a collection of games. I know, pretty disappointing. On the bright side, if you were looking for some Metal Gear Solid inspired clothes than this collection might be of some interest to you.

The Metal Gear Collection 2014 includes jackets, shirts, shoes, accessories and more, for both men and women. The entire clothing like has a camouflage vibe going on and features the Foxhound logo and the Metal Gear Solid V name on them. Aside from clothing, a new Metal Gear Solid 5 edition PS4 console, Snake figurine and MGS phone case were also unveiled at the Tokyo Game Show. Needless to say, Konami presented a whole lot of products inspired by the series in an attempt to hype even more the upcoming Metal Gear Solid 5: The Phantom Pain. Kojima confirmed that the game will be released next year, but didn’t give a specific date so it’s anybody’s guess for now. Rumor has it that March 17th, 2015 will be the release date, but take this with a grain of salt for now. This date was unintentionally leaked by The Guardian earlier this year and was later removed so take it for what it is.

Metal Gear Solid 5: The Phantom Pain will be released for PS3, PS4, Xbox 360, Xbox One and the PC. Stay tuned for all the latest news and updates.

I’m Load The Game’s co-founder and community manager, and whenever I’m not answering questions on social media platforms, I spend my time digging up the latest news and rumors and writing them up. That’s not to say I’m all work and no fun, not at all. If my spare time allows it, I like to engage in some good old fashioned online carnage. If it’s an MMO with swords and lots of PvP, I’m most likely in it. Oh, and if you’re looking to pick a fight in Tekken or Mortal Kombat, I’ll be more than happy to assist! Connect with me by email markjudge (@) loadthegame.com only
@@MarkJudgeLTG
Previous 343 would “love” to bring Halo Reach and ODST to the Xbox One
Next OnePlus One will not have StyleSwap covers after all