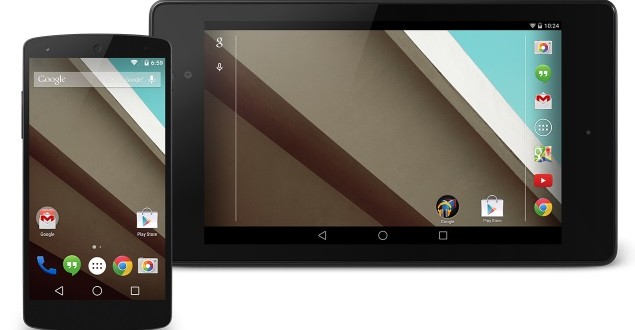 Android L will encrypt your data by default

There has been a lot of outrage at the fact that government agencies are starting to get greedy with their data requests from online companies like Google and Yahoo. Google seems to have understood that users will be unsatisfied if the company hands over their data to government agencies and has confirmed that Android L will come with encryption of your data enabled by default.

Since the scandal with Yahoo and the U.S. government who threatened the company with enormous fines if they don’t had over user data to them, many have started voicing their concerns about government agencies becoming too stubborn and invasive with their data requests. As a response (or retaliation) against these invasive requests, Google spokeswoman Niki Christoff has confirmed that Android L will secure your data completely so that government agencies will not be able to get their hands on them.

According to the spokeswomen, Android L will encrypt your data and all the passwords and authentication data you use on your devices. Besides encryption, we’ve learned that Android L will store that data locally, directly on your device, so that nobody will have access to them without the correct passcodes. If you are wise enough, you will keep your passwords to your self, ensuring that nobody will ever have access to your online accounts.

Google has also confirmed that Android L will not be storing your passwords online, meaning that if they ever get a request from a government agency to release data of your account, they simply won’t be able to comply because they won’t have access to any of that data. Unless you store that information in the cloud, they won’t be able to offer any of your information to any third party, with or without a court order.

This is a step forward with Android L and many will see the improvement as a very important feature in Android L. Online security and privacy has become a controversial topic and everybody is rooting for users to have the right to keep their online information private and secure, and it seems that Android L will be the perfect Android platform to do that.

My life-long dream has been to test out every gadget on the market! Considering the fact that I've rapidly destroyed almost every gadget I've had so far, I'm not inclined to owning something, so my ideal outcome would be to have a different gadget each month. I'm really into smartphones, wearables and tablets and I love Playstation and Xbox, I'm sure I'll beat you at your own game (after a month of training... or two)
Previous Hideo Kojima stresses the importance of 60 FPS
Next Nexus 5 vs. Moto X 2014 – cheap choices