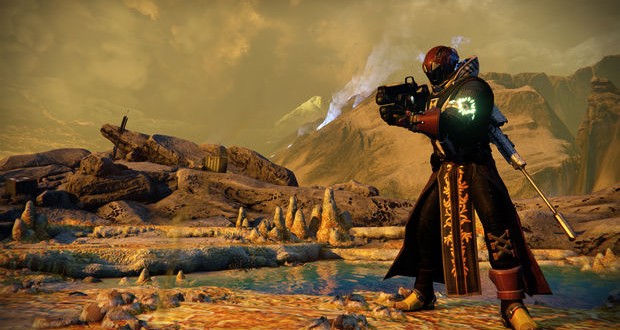 The aggressive promotion campaign around Destiny casts a shadow on the good old last-gen PS3 and Xbox 360 consoles. As the game has been presented so far on next-gen PS 4 and Xbox One, many gamers did not really get solid feedback on how it carries itself on the soon to be “junkyard” consoles. After current reviews, a bunch of gaming experts who have tested the game on PS3 say that the difference between old-gen and next-gen has become too obvious to ignore. Bungie has made a point from giving the players the same Destiny experience no matter the generation of the console, that means no downsizing or any other type of limitations what so ever. Implicitly, the huge amount of content, environments, players, enemies, and so on, remain unchanged on last-gen consoles.

But that’s about as far as the similarities between the new and the old will ever go. In the latest review, experts say that getting Destiny ready for the PS3 is not some easy task. The game has a 6 GB install process which you cannot skip and which apparently will test PS3 users’ patience. Destiny is currently running on 720 p resolution on last-gen, and compared to what next-gen consoles have to offer, this is very hard to overlook. The Playstation 3 version seems to be noticeably lacking in anti-aliasing, texture detail or skybox quality, while the shadows are be highly pixelated. Also, the image appears to be rough, tearing at times, while relatively basic graphic details such as grass or trees often fade or completely disappear.

In contrast, PS4 and Xbox One offer a stable 30 FPS and an all around greatly improved level of detail. As it may appear a complete disappointment judging by its poor graphics on last-gen consoles, Destiny is still holding strong on both PS3 and Xbox 360 from a stylistic and content standing point. By now, the winner is clear, but it is ultimately up to the fans to decide if they are willing to go the extra mile or stay where they are right now in terms of last or next-gen preference.

I'm Razvan, a sports and first-person shooter enthusiast. I've always loved writing, even more so when it involves games. When I'm not playing on my PS3 or writing, I like to run exhausting cardio workouts, play soccer, watch a good movie, or read a good book.
Previous IDrive to provide 1TB of cloud storage with “titanium” data encryption
Next Hideo Kojima stresses the importance of 60 FPS