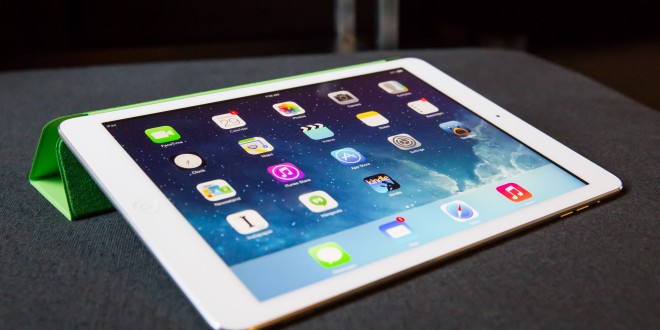 We haven’t even fully recovered from Apple’s September 9 launch event where we got to meet the iPhone 6, iPhone 6 Plus, Apple Watch, Apple Pay and HealthKit, yet Apple might be sending out invitations for a new event to be held on October 21 already. These are just rumors at the moment, but word has it that a launch event will be organized on October 21 with the iPad as the main attraction.

The iPad Air 2 and iPad Mini 3 are much awaited devices, since Apple’s tablet line has not been refreshed for quite a while. The company has said that it would be bringing us new, thinner, slimmer and more powerful iPads in the future, but just now do these claims start to materialize. According to rumors, the October 21 event will possibly unveil the new iPad Air 2 and the iPad Mini 3 with Retina display.

We have heard numerous rumors surrounding both these devices, with various specs and design concepts shown off, but nothing has been confirmed by Apple as of yet, which is not surprising. What we know so far about he iPad Air 2 is that it will be lighter and thinner than the iPad Air – not that the iPad Air wasn’t famous for being one of the lightest tablets around.

The launch event for the iPad Air 2 and iPad Mini 3 doesn’t actually come as a surprise, since it would be a traditional approach on Apple’s part, seeing that they announced the last iPad on October 21 last year, which was a Tuesday. Oddly enough, exactly one year after, on October 22, a Tuesday as well, an iPad launch event might be held. I hope my calculations are correct here, but there would be exactly a one year gap between the two announcements. Neat.

Getting back to the iPad Air 2, rumored specs include a 9.7 inch Retina display, iOS 8, Apple’s A8 CPU, fingerprint sensor and an 8 MP rear and 1.5 MP front camera. The design of the iPad Air 2 will probably stay along the lines of its predecessor, with an anti-reflection coating added to the screen so that we may use the iPad Air 2 in sunlight. A stylus and a pressure sensitive touchscreen might also be featured in the new iPad Air 2, but these are more user demands rather than actual specs.

As for the iPad Mini 3, rumors say that it will also benefit from Touch ID, anti-reflection coating and iOS 8. Supposedly, the iPad Mini 3 will benefit from a thinner build, a gold color option, 7.9 inch Retina display, 8 MP camera and 16, 32 and 64 GB storage configuration. Apple’s A8 chip will probably be featured in the iPad Mini 3 as well.

Besides the two iPad models, October 21 might actually bring us a finished OS X Yosemite, which would be a welcomed addition to the Apple portfolio, since iOS 8 was launched with complete device integration in mind. With OS X Yosemite, on the other hand, might come a new MacBook… a MacBook Air or maybe a MacBook Pro…with Retina display, both rumored left and right lately. A new MacBook Air with Intel’s Core M chip has been rumored, so we might be surprised by Apple with a new fanless 12 inch MacBook.

My life-long dream has been to test out every gadget on the market! Considering the fact that I've rapidly destroyed almost every gadget I've had so far, I'm not inclined to owning something, so my ideal outcome would be to have a different gadget each month. I'm really into smartphones, wearables and tablets and I love Playstation and Xbox, I'm sure I'll beat you at your own game (after a month of training... or two)
Previous Kojima is considering an episodic release for Silent Hills
Next Sony launches a web player to enhance the Video Unlimited experience