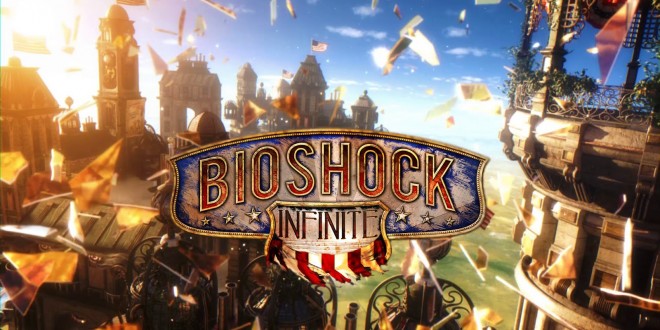 Following several rumors released online regarding the subject, 2K games came forward and confirmed that BioShock Infinite: The Complete Edition will be available later this year on Xbox 360, PlayStation 3 and PC.

Allegedly, the BioShock Infinite Complete Edition will include the main game and its expansion packs: Clash in the Clouds and the two parts of Burial at Sea. It will also contain extra weapons such as Comstock’s China Broom shotgun and Comstock’s Bird’s Eye sniper rifle. According to GameStop and Amazon, who already list BioShock Infinite: The Complete Edition for a November release, the bundle will cost $39.99. BioShock Infinite is a first person shooter developed by Irrational Games and published by 2K Games. It is the third game in the BioShock franchise. The game was released on March 26, 2013, for PC’s running Microsoft Windows and for the PlayStation 3 and Xbox 360 consoles.

Instead of returning to the previous games’ underwater world, Rapture, Irrational Games opted to set the game in the floating city of Columbia. The plot follows former Pinkerton agent Booker DeWitt, who goes to Columbia to find and rescue a young woman named Elizabeth, who is being held captive there. After rescuing her, Booker learns that she has the power to manipulate tears in the space-time continuum and finds out that there is more to the story than he thought he knew.

About the future of the BioShock franchise, 2K hints at a future installment that will be developed by 2K Marin, since Irrational Games, the creators of BioShock Infinte, were shut down back in February. No other details are released yet, so it is not known what path the next game is going to take, though at some point last summer, 2K hinted at a possible return to Rapture in the fourth BioShock. For now, that’s all that can be said on this topic. Should 2K release anything new, we’ll surely tell you about it.

I'm a journalism graduate and an occasional gamer. As a kid I used to own a NES clone called "Terminator 2", which was hugely popular in my country. I like old school games and adventure games but I occasionaly play RPG's and Shooters as well, though I wouldn't call myself an expert at these kinds of games. When I'm not writing or playing games I prefer reading detective or fantasy novels.
Previous Sony Smart Glasses look actually promising
Next Lords of the Fallen is 900p on the Xbox One, 1080p on the PS4