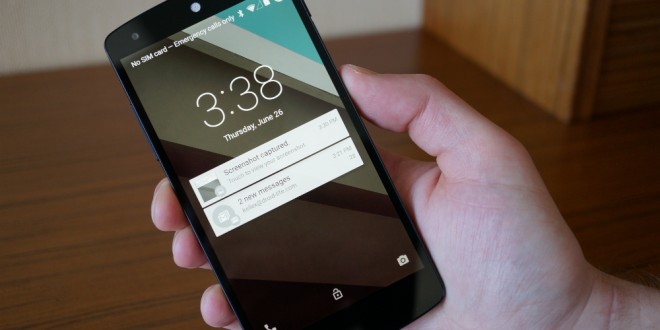 Android 5.0 OS, also known as Android L or Android Lion is set to receive the most complex update Google has ever performed on its in-house-made operating system. The Android L will have a completely new design and a series of new features. Also, it will provide 32 bit and 64 bit support, and this will most definitely change the foundation for mobile operating systems. Looks like the new Android L has a bunch of good stuff in store. HTC have also announced they will perform large scale updates on their future Android L phones. The HTC Nexus 9 will be the first smartphone device with factory-loaded Android L. It will be the phone’s native operating system.

Samsung recently announced they have decided as well to implement the new updated Android on their Galaxy S5 and Galaxy Note 4 models. The Galaxy Note 4 is already fueled by a 64 bit processor, and this update is expected to bring major improvements in the Note’s overall output. The two models are scheduled to receive the update somewhere around late November or early December. It will be interesting to see if other mobile device manufacturers will introduce the new Android L to their fresh of the line products. So far, HTC is committing the most to this new Android OS, with an extensive list of models to feature the update, including older devices.

Obviously, the Nexus 4 and 5 do not take part in this discussion as they are already fitted with Android L. Similar to Apple’s IOS 8, the Android L introduces a new data encryption policy which will offer users a high degree of privacy. Google says user data will be encrypted automatically via the unlocking password, and not even they will be able to access it at that point. Even the user’s unlock code of the Android L operated device will be stored exclusively in its memory, and will not show up in Google servers. The future sounds promising for Android users which will be eagerly waiting to test out this new OS.

I'm Razvan, a sports and first-person shooter enthusiast. I've always loved writing, even more so when it involves games. When I'm not playing on my PS3 or writing, I like to run exhausting cardio workouts, play soccer, watch a good movie, or read a good book.
Previous Ultra Street Fighter 4 gets “on the house” Omega Mode and 1.04 patch
Next Middle Earth: Shadow of Mordor gets over 30 minutes of PC gameplay