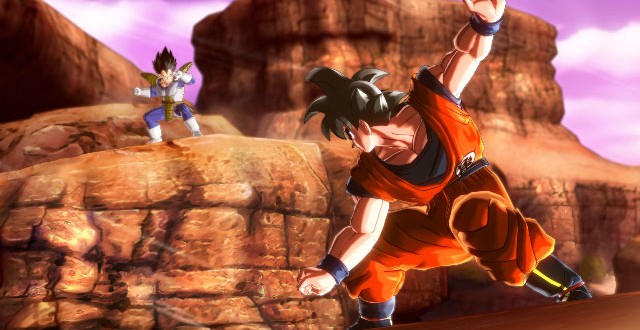 Bandai Namco apparently had a change of heart and decided to also release a PC version of Dragonball Xenoverse next year. Not only that, but the game will even be available on Steam, which is always the ideal scenario when it comes to PC titles. There have been very few Dragonball games released on the PC in the past so this decision might seem a bit unusual, but Dragonball Xenoverse is not your average fighting game. Aside from featuring a character creation that let’s you make your own customizable Sayian, the game also has an online component. This basically means that it borrows elements from RPGs and MMOs, two genres that have always been very successful on the PC. The company also announced some new exclusive characters that will play a very important role in Dragonball Xenoverse.

The characters Towa and TokiToki were mentioned as well by Bandai Namco, but no further details were given so they’re still pretty much a mystery for now. Characters aside, we recently learned that Dragonball Xenoverse will feature a Master System. This allows your Avatar (aka your custom character) to receive special training from some of the franchise’s most recognizable characters such as Goku or Vegeta. Moreover, your chosen Master will not only train you to use their special moves and skills, but will also come to your aid on the battlefield. Dragonball Xenoverse will be released next year for PS3, PS4, Xbox 360, Xbox One and the PC.

I’m Load The Game’s co-founder and community manager, and whenever I’m not answering questions on social media platforms, I spend my time digging up the latest news and rumors and writing them up. That’s not to say I’m all work and no fun, not at all. If my spare time allows it, I like to engage in some good old fashioned online carnage. If it’s an MMO with swords and lots of PvP, I’m most likely in it. Oh, and if you’re looking to pick a fight in Tekken or Mortal Kombat, I’ll be more than happy to assist! Connect with me by email markjudge (@) loadthegame.com only
@@MarkJudgeLTG
Previous Middle Earth: Shadow of Mordor gets over 30 minutes of PC gameplay
Next Blackberry Passport price officially announced, launches later this week