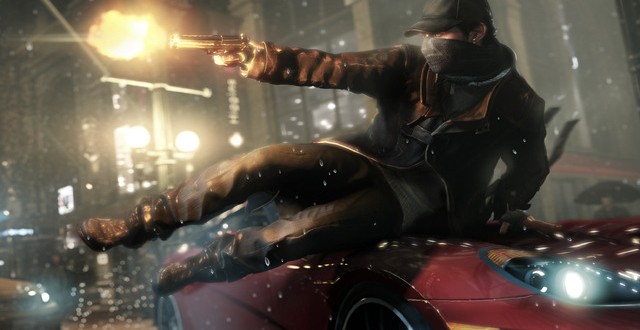 When Ubisoft first revealed Watch Dogs it looked like this was going to be one of those rare titles that can change the gaming industry thanks to its innovative features. Well, earlier this year the game was finally released and while most would agree that Watch Dogs is a pretty solid title, I think it’s pretty safe to assume that it didn’t end up delivering on its promise. Ubisoft itself admitted  that some mistakes were made and the game is not without its flaws, but the company plans on learning from the past and wants to create a sequel that’s much better than the original. Yes, there will indeed be a Watch Dogs 2 and Ubisoft apparently has high ambitions for this upcoming title.

“There are flaws, obviously,” Ubisoft’s Lionel Raynaud admits during an interview with CVG. “We absolutely want to tackle these flaws and surprise players, and the way to tackle some of those flaws is going to be quite radical. There are parts of the game that will need to change. We have this ambition to have games that are worlds with systems that offer more agency and freedom for players, that allow them to discover the world in the way they want. We want them to be less narrative or character driven and more creative, with more choices for the player. This is quite a high ambition and will require us to develop technologies that we didn’t have for Watch Dogs 1, but this combined with fixing and refining what worked well is probably the way to go for Watch Dogs 2.”

Ubisoft is facing many challenges with Watch Dogs 2, but one of them will undoubtedly prove very difficult to surpass. Back at E3 2012 when the company first presented the original game we were left in awe by its stunning beauty, but this feeling was no longer there when it finally released in May of this year. This is mainly because Watch Dogs ended up looking very differently than it did at E3 2012 and certainly not in a good way. The reason for the transformation were not fully explained, but some speculate that the game had to be downgraded in order to keep it relatively similar from a graphical standpoint across all platforms. Ubisoft says that this time it has no choice but to raise up to the high expectations set in place by the original back in 2012. This most likely means that Watch Dogs 2 will only come out next-gen platforms.

“Very often it’s a positioning issue,” Raynaud added, “that the way in which we have introduced the game or what we have shown promised things players didn’t see in the final version, and that was the thing they were after so we have to deliver that now. More than the fact that [the E3 2012 demo] was running on PC, it’s the fact that the scope and the scale of the final game presented more possibilities but also more challenges than the vertical slice.”

I’m Load The Game’s co-founder and community manager, and whenever I’m not answering questions on social media platforms, I spend my time digging up the latest news and rumors and writing them up. That’s not to say I’m all work and no fun, not at all. If my spare time allows it, I like to engage in some good old fashioned online carnage. If it’s an MMO with swords and lots of PvP, I’m most likely in it. Oh, and if you’re looking to pick a fight in Tekken or Mortal Kombat, I’ll be more than happy to assist! Connect with me by email markjudge (@) loadthegame.com only
@@MarkJudgeLTG
Previous Lords of the Fallen is 900p on the Xbox One, 1080p on the PS4
Next Timex Ironman One – the smartwatch you wouldn’t expect