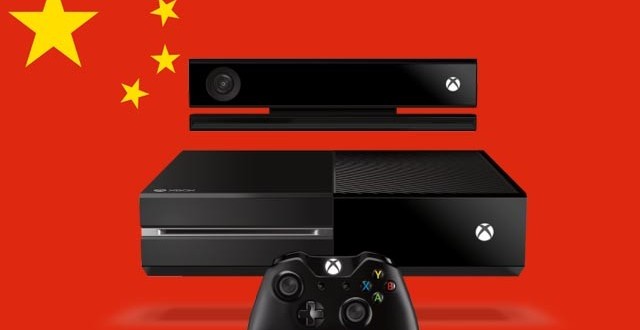 The Xbox One was initially meant to launch in China today, September 23rd, but Microsoft decided to push it back just a bit. The company said a couple of days ago that “it needs more time” to prepare for the launch, but didn’t give any further details at the time. Well, it seems that Microsoft managed to sort everything out rather quickly and said earlier today that the Xbox One will go on sale in China on Monday, September 29th. Gaming consoles have been banned in China some 14 years ago so this is truly a special occasion for the entire gaming industry. The Xbox One is the first console to launch in the country since the ban was lifted, but the PS4 and perhaps others will also follow at some point in the future.

The Kinect-free Xbox One will be available for purchase for the price of 3,699 CNY, which is the equivalent of about $600 USD. Microsoft is also selling a version that includes the Kinect for 4,299 CNY, around $700 USD. Regardless of version, the Xbox One features a two-year warranty and free access to Xbox Live until March 2015. As for the game lineup, there will only be ten titles at launch, with more to follow in the coming months. All games must be approved by the Chinese government before they can be released and Microsoft says that it has 70 more titles “in the pipeline for approval.” The initial Xbox One lineup consists of Dance Central Spotlight, Forza Motorsport 5, Kinect Sports Rivals, Max: The Curse of Brotherhood, Naughty Kitties , Neverwinter Online, Powerstar Golf, Rayman Legends, Trials Fusion and Zoo Tycoon.

“This milestone is significant for both our partnership with China and our global expansion plan,” said Microsoft’s Phil Spencer in a press release earlier today. “We will continue to work closely with our partner BesTV to bring exciting games, entertainment and app experiences to delight gamers across China.” Senior VP of Shanghai Media Group Zhang Dazhong also added that “China has celebrated gaming for many years and there couldn’t be a better way to celebrate the one year anniversary of the Shanghai Free Trade Zone than to deliver the first approved console to our fans.”

I’m Load The Game’s co-founder and community manager, and whenever I’m not answering questions on social media platforms, I spend my time digging up the latest news and rumors and writing them up. That’s not to say I’m all work and no fun, not at all. If my spare time allows it, I like to engage in some good old fashioned online carnage. If it’s an MMO with swords and lots of PvP, I’m most likely in it. Oh, and if you’re looking to pick a fight in Tekken or Mortal Kombat, I’ll be more than happy to assist! Connect with me by email markjudge (@) loadthegame.com only
@@MarkJudgeLTG
Previous Ford Mondeo hits the brakes if a person pops up
Next Fifa 15 is now available in North America