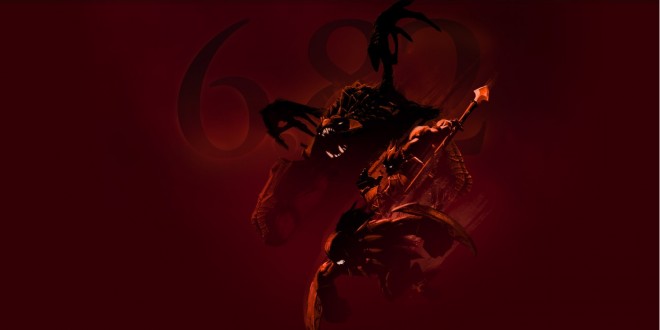 Valve announced that they are bringing a big update to their famous multiplayer battle arena game, Dota 2. The update contains features based on the feedback received from players and on design tests over the course of this year.

The update is brought to players in the form of Patch 6.82. It will contain a lot of changes, rebalancing and shifts to the Dota 2 metagame. One of these changes is the repositioning of dragon Roshan’s pit, so that it now, according to Valve, looks out upon the river from another angle. Also, other areas around the pit have been modified in order to for fans to be able to access it in different ways.

Roshan’s relocation is not the only map change Valve is bringing to Dota 2. After applying the update, each team’s starting fountain zone is moved on high ground, so that when the round starts you have a wide visual of the environment. Additionally, the new patch brings several character changes to Dota 2. Bloodseeker will receive several modifications and it will be removed from Captains Mode. On the other hand, characters such as Legion Commander and Terrorblade are being re-added to Captains Mode. For a full list of changes, check out the Dota 2 official website.

Valve has not announced a release date for the Dota 2 Patch 6.82. The image above the title was released by the developer two days ago, as a teaser (you can see the 682 numbers in the background), so if one were to judge from that, it might come out really soon.

Dota 2 was released on July 9, 2013 for Windows PC’s, and in July 18 for machines running on OS X or Linux operating systems. The game is basically a sequel to the Defense of the Ancients mod for Warcraft III: Reign of Chaos and its expansion, The Frozen Throne. The game was released as a free-to-play title and it is only available through Valve’s content delivery platform, Steam.

I'm a journalism graduate and an occasional gamer. As a kid I used to own a NES clone called "Terminator 2", which was hugely popular in my country. I like old school games and adventure games but I occasionaly play RPG's and Shooters as well, though I wouldn't call myself an expert at these kinds of games. When I'm not writing or playing games I prefer reading detective or fantasy novels.
Previous Warframe update 14.5 out now on PS4
Next Stack smart light bulb interacts with the world