Breaking News
Home » NEWS » Where will Windows 7 stand at the end of next month? 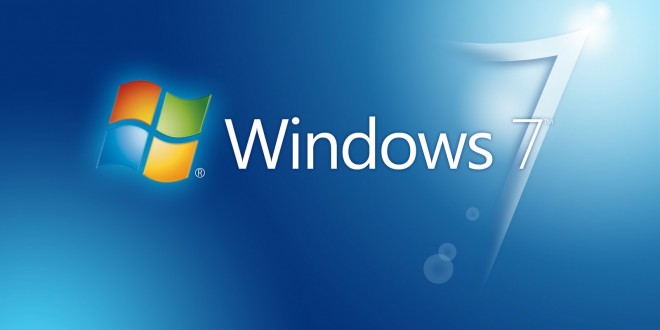 Where will Windows 7 stand at the end of next month?

Microsoft has announced that they will be cutting the supply of three Windows 7 versions for their PC partners and system builders after October 31, this year. The Windows 7 editions to be cut include the Home Premium, Home Basic and the Ultimate. However, computer manufacturers will be able to sell their current stocks of PCs running on these versions of Windows 7. If they will still want to go with this version of Windows for their future releases, they will not be able to do so, as the supply will be ceased. On October 31, last year, Microsoft dropped the retail sales for shrink-wrapped copies of Windows 7.

The good news for these parties is that this deadline does not apply to Windows 7 Professional Edition, which will still be available on demand. Microsoft officials came out again this week and said they “still have not yet gone public with the end-of-sales cutoff date for PCs running on Windows 7 Pro.” This way, those PC manufacturing companies who are not so sure about Windows 8 and are still waiting on more feedback regarding the upcoming Windows 9, can sell their machines with Windows 7 Pro pre-installed. This scheduled supply cut-off will not affect in any way the ongoing support or downgrade rights for Windows 7. Microsoft will continue to provide support for Windows 7 Service Pack 1 until January 13, 2015, and security fixes until January 14, 2020 unless they will decide to extend this period as in the case of the now late Windows XP.

As far as the downgrade rights aspect goes, users will still be entitled to buy a new PC with an OEM licence for a business edition of Windows and then install an earlier version, as a zdnet.com article reports. Computers operated by Windows 8.1 Pro editions can get a Windows 7 Professional Edition or Vista Business downgrade. Also, “Microsoft volume licensees don’t have to worry about their OEM’s downgrade right provisions; they have the right to downgrade to any prior version of Windows,” as the article further explains. So, at the moment this cut will not affect those mainstream consumers who are still favoring Windows 7 over current versions of Windows 8. I, for one, will stick to Windows 7 for the time being, as the transition to Windows 8 is not truly worth it in my book. For PC at least. Let’s see what Windows 9 brings to the table.

I'm Razvan, a sports and first-person shooter enthusiast. I've always loved writing, even more so when it involves games. When I'm not playing on my PS3 or writing, I like to run exhausting cardio workouts, play soccer, watch a good movie, or read a good book.
Previous BlackBerry Passport launch-event overview
Next Disney Infinity: Marvel Super Heroes is out now on PS3 and PS4