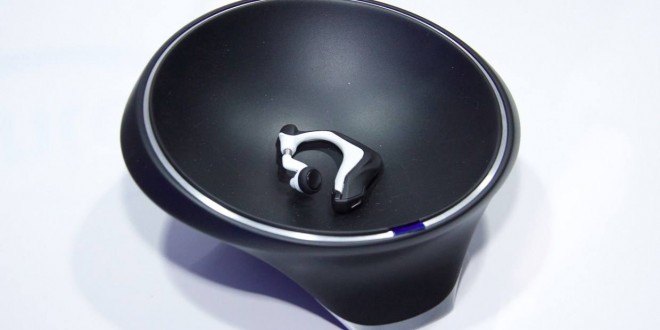 Intel to release the charging bowl

At the Intel Developer Forum we reported on last week, there were many Intel powered devices to show off their prowess and innovation, including the MICA smart bracelet, the charging panel that charges your devices wirelessly the moment you place them on the surface and even a bowl which can employ the same wireless charging to keep the juice flowing through your devices.

Intel has been working hard lately to get notices in the wearable and home automation technology, as well as mobile technology in general. The purpose of the Intel Developer Forum was to connect developers to manufacturers that can use Intel hardware to build innovative new technology that can become widely popular.

The charging bowl Intel will be introducing to the market will probably be made available by the end of the year, most likely for the holiday season. The charging bowl was confirmed by Intel CEO Brian Krzanich at MakerCon in New York. The Intel charging bowl will measure 10 inches in diameter and will employ resonant charging tech based on the Alliance 4 Wireless Power standard.

The Intel charging bowl is a great idea and we hope the technology will soon be available to the public, although Intel hasn’t said anything about pricing. Nonetheless, Intel CEO Brian Krzanich also mentioned that the BioSport headphones will also get launched soon. These smart headphones are waterproof and will scavenger the juice needed to power themselves from the audio jack.

My life-long dream has been to test out every gadget on the market! Considering the fact that I've rapidly destroyed almost every gadget I've had so far, I'm not inclined to owning something, so my ideal outcome would be to have a different gadget each month. I'm really into smartphones, wearables and tablets and I love Playstation and Xbox, I'm sure I'll beat you at your own game (after a month of training... or two)
Previous HTC says something remarkable is coming
Next LG G Pro 3 to feature an LG-made CPU

Ikea is getting with the times and with the world of the internet of things, ...