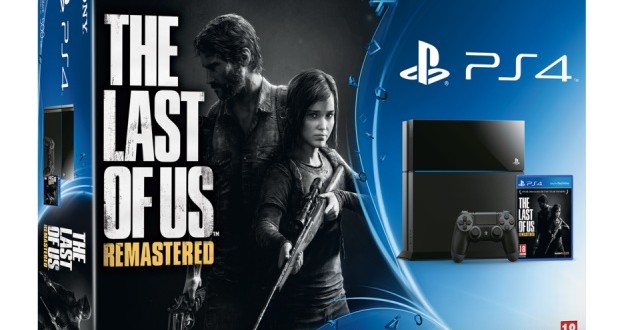 If you were in the market for a new PS4 console and were hoping to also receive a couple of games to go with it, GAME has a very special promotion that could be exactly what you were looking for. Before going any further, I need to mention that this offer is only available for UK residents so you can’t benefit from it if you live outside of the country. On the bright side, the retailer is offering free shipping in the UK, which is always nice to see. Now, the deal is as follows: GAME is offering a bundle that consists of a PS4, a copy of The Last of Us Remastered and a copy of FIFA 15, all for the bargain price of £349.99.

I say bargain price, but this is in fact still the standard price for a new PS4 console, which means that you will basically receive two free games if you choose to purchase this bundle so it’s definitely worth taking into consideration. On the other hand, if you only want to buy a new PS4 and are not interested in these games, you might want to wait a bit and see how the situation develops before whipping out your credit card. By this I mean that the price of PS4s are likely to go down a bit in the near future so you will be able to buy it a bit cheaper than now. In fact, a number of UK retailers including Amazon are already selling the console for £329.99, but Sony has yet to confirm this as the new standard price.

However, there is a pretty good chance that the company will make an announcement pretty soon regarding the matter. Microsoft recently dropped the price of the Xbox One to £329.99 so everybody expects Sony to do the same with the PS4 as well in order to even the playing field.

I’m Load The Game’s co-founder and community manager, and whenever I’m not answering questions on social media platforms, I spend my time digging up the latest news and rumors and writing them up. That’s not to say I’m all work and no fun, not at all. If my spare time allows it, I like to engage in some good old fashioned online carnage. If it’s an MMO with swords and lots of PvP, I’m most likely in it. Oh, and if you’re looking to pick a fight in Tekken or Mortal Kombat, I’ll be more than happy to assist! Connect with me by email markjudge (@) loadthegame.com only
@@MarkJudgeLTG
Previous Moto X (2014) will be available at Verzion starting tomorrow
Next Android phones in the Archos Platinum line for $99