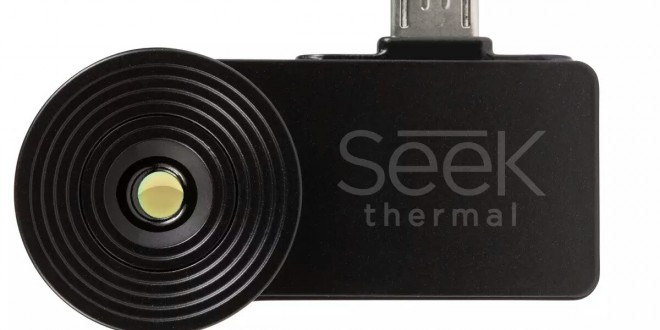 There have been many improvements on the smartphone camera front, from optical image stabilization, to 50 MP shots, 40 MP sensor, dual cameras, dual LED flash, camera mounts like the GoPro and HTC’s upcoming ReCamera, but a thermal camera for smartphones is truly a novelty. The thermal camera has pretty poor resolution, 206*156 to be exact, but for the purpose of heat seeking, that resolution will do just find. A thermal camera that you can mount on your smartphone would be a very handy, albeit rarely used tool. You could actually use the thermal camera to detect thermal leaks in your home, detect people and animals in your environment in the dark, check temperatures of food and beverages and any other use you can think of.

The Seek Thermal Camera will set you back $200, but it might be worth the investment if you can actually use it. For instance, a thermal camera can come in handy at a workplace where you handle a lot of heat-treated material and you can detect whether cooled parts and still hot parts are put in the correct places. You can also us the thermal camera to detect overheating equipment and machinery, as well.  Even though it’s not a professional thermal camera, it will certainly do the job. 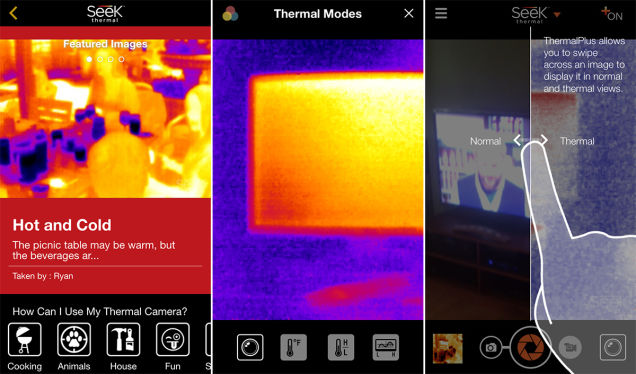 My life-long dream has been to test out every gadget on the market! Considering the fact that I've rapidly destroyed almost every gadget I've had so far, I'm not inclined to owning something, so my ideal outcome would be to have a different gadget each month. I'm really into smartphones, wearables and tablets and I love Playstation and Xbox, I'm sure I'll beat you at your own game (after a month of training... or two)
Previous FBI director upset at encryption offered by Apple and Google
Next Developers announce Total War: Attila, premiere trailer revealed